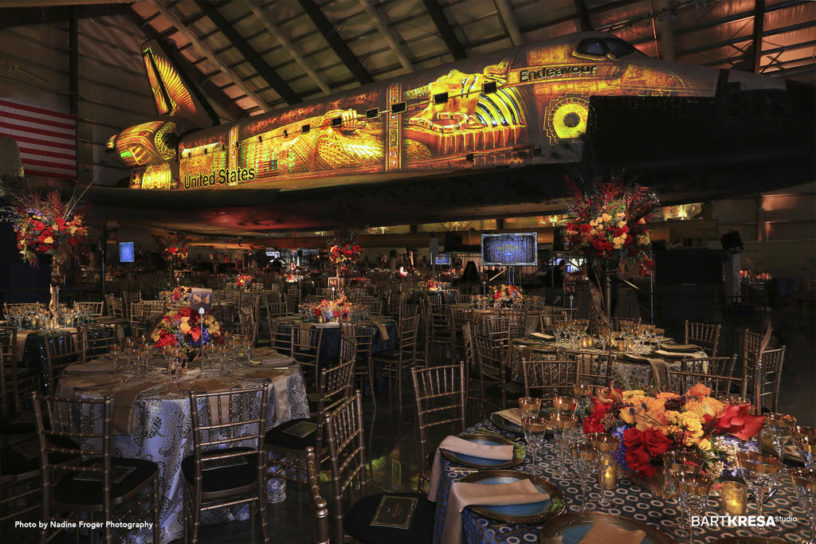 Bart Kresa, who heads the international Bart Kresa Studio, transformed the space shuttle into the boy king’s tomb by projection mapping the fuselage and vertical tail with images of King Tut’s iconic jewel-encrusted sarcophagus.  He also created 20 wall projections of scenes from the interior of the tomb. The shape of the space shuttle’s fuselage adapted well to the projection of King Tut’s sarcophagus; it appeared to levitate above the walls of the pavilion covered with vignettes of the tomb complete with projections of flickering torchlight. 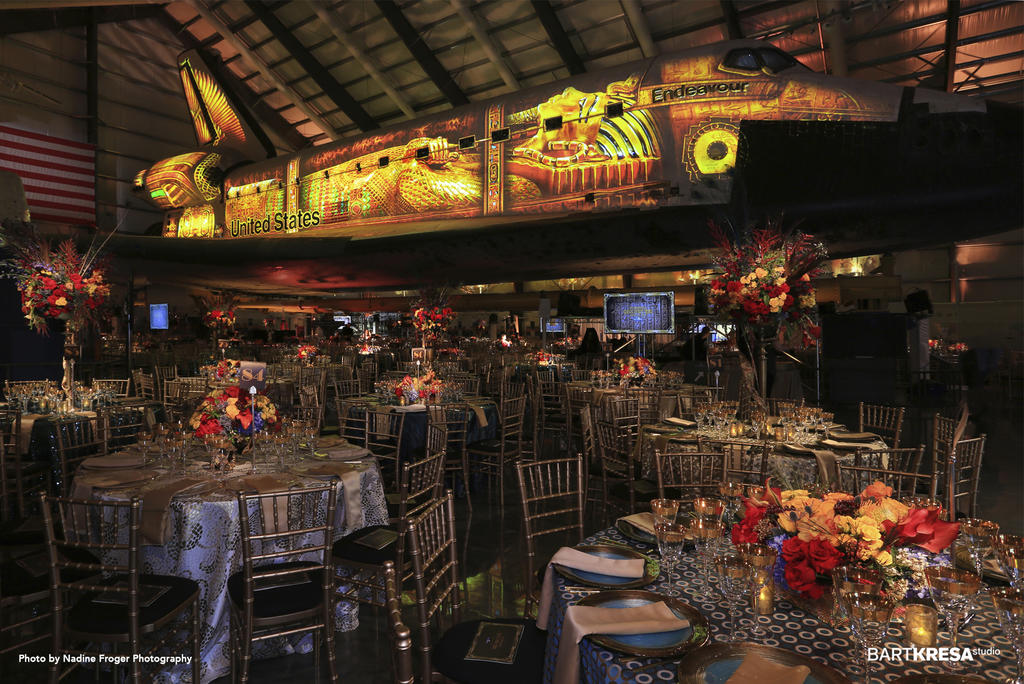 Kresa designed two looks for the evening.  “We started with a traditional warm, golden look then transitioned to the party with a cooler palette of blues and purples with a sparkling effect for dessert,” he explains.  “We wanted to create a beautiful ambiance that didn’t take away from the gala experience.”

Kresa relied on WorldStage to supply the large complement of projectors required for the Discovery Ball as well as the digital routers, fiber optic cabling and power distribution. WorldStage provided six Panasonic PT-RZ31K and PT-RZ21K laser phosphor to cover the space shuttle’s fuselage, nose and tail.  Kresa warped and blended the images with his Dataton WATCHOUT servers. WorldStage furnished 20 Panasonic PT-RZ770 projectors for the individual wall vignettes.  They were positioned in the control area under the nose of the space shuttle, in an area port side aft of the aircraft and on vertical truss sticks close to the walls.

Since there was no opportunity to have redundant projectors, WorldStage devised a creative backup plan using the Panasonic projectors’ internal logo transfer software.  “The screen grab of each image being projected effectively became a still store,” explains WorldStage account executive/project manager Joe Conway.  “The content was saved in the projector itself so we could automatically go to that still store if necessary.  If a projector suddenly lost a signal there wouldn’t be a black hole.” 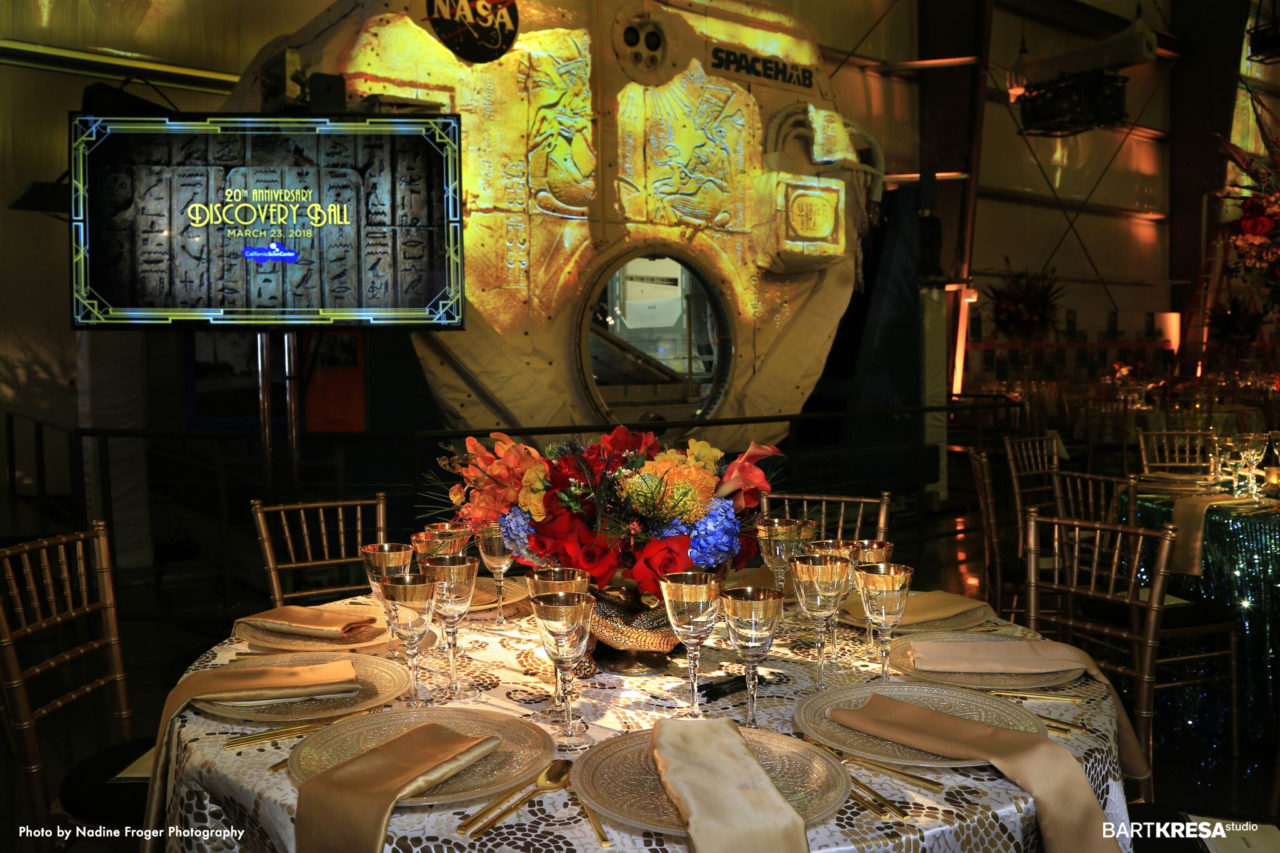 Kresa’s new mobile studio contributed to the efficient technical operation on site.  With 28 projectors mounted in the pavilion, additional equipment was kept to a minimum with Kresa’s 20 WATCHOUT servers housed in his mobile unit parked on the street.  Fiber optic cabling ran video and Internet data from the mobile studio to the pavilion.  “It was a pretty clean installation,” says Kresa.

WorldStage created a LAN network to communicate with the projectors via laptop.  When the show was underway the network gathered information on projector status for live monitoring. 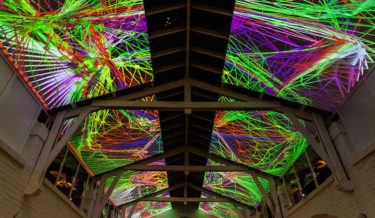 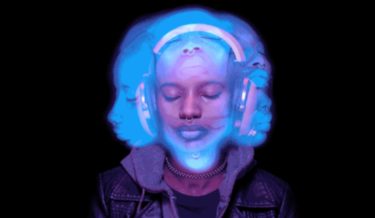 2,300 LEDs Sync Up with Beats in Lusine’s New Music Video 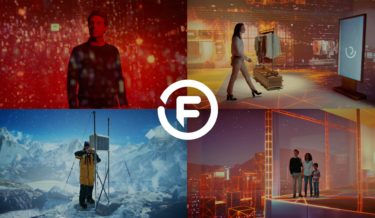