#include red – Sound and frequency of the colour red performed on a 1,200m² screen 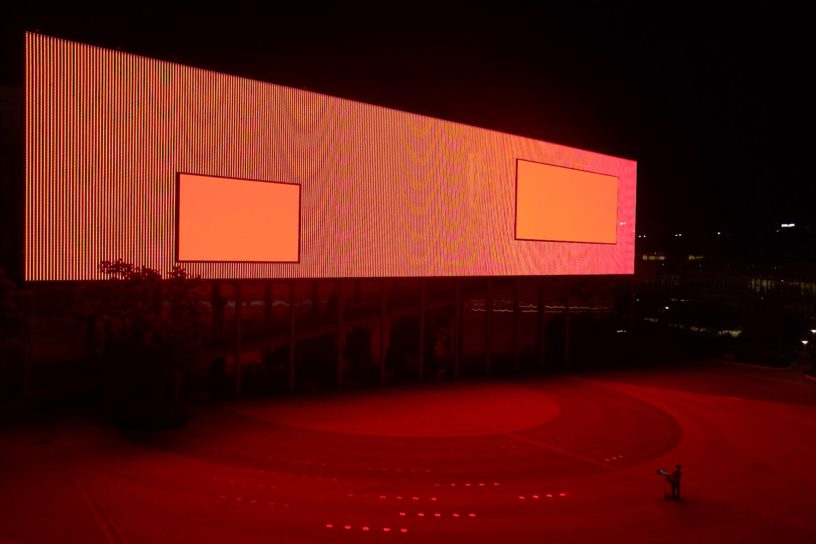 Created by the South Korean sound artists GRAYCODE and jiiiiin, #include red is a large-scale audiovisual installation and performance piece that explores ideas of synaesthesia (the relationship between what we hear and what we see) through the inherent frequencies within the visible spectrum and colour as a vocabulary. Examining how different visual and auditory stimuli relate by substituting sound and image, the duo’s first collaboration began with the simple question of “what does the colour red sound like?”

The spectrum of wavelengths visible to the human eye contains certain colours as well as frequencies. For example, we associate the frequency band of 630~700nm with the color “red”. Red has lowest frequency in the visible spectrum which corresponds to 20Hz when transformed into sound. The sound of 20Hz can be ‘mi’ or ‘fa’ of three octaves? In general, red designates the color.

Playing with these relationships through programmed imagery and sound, the colour ‘red’ – 723~624nm within the visible spectrum – was substituted to the lowest audio frequencies of 20~100Hz and then developed into an audiovisual composition. 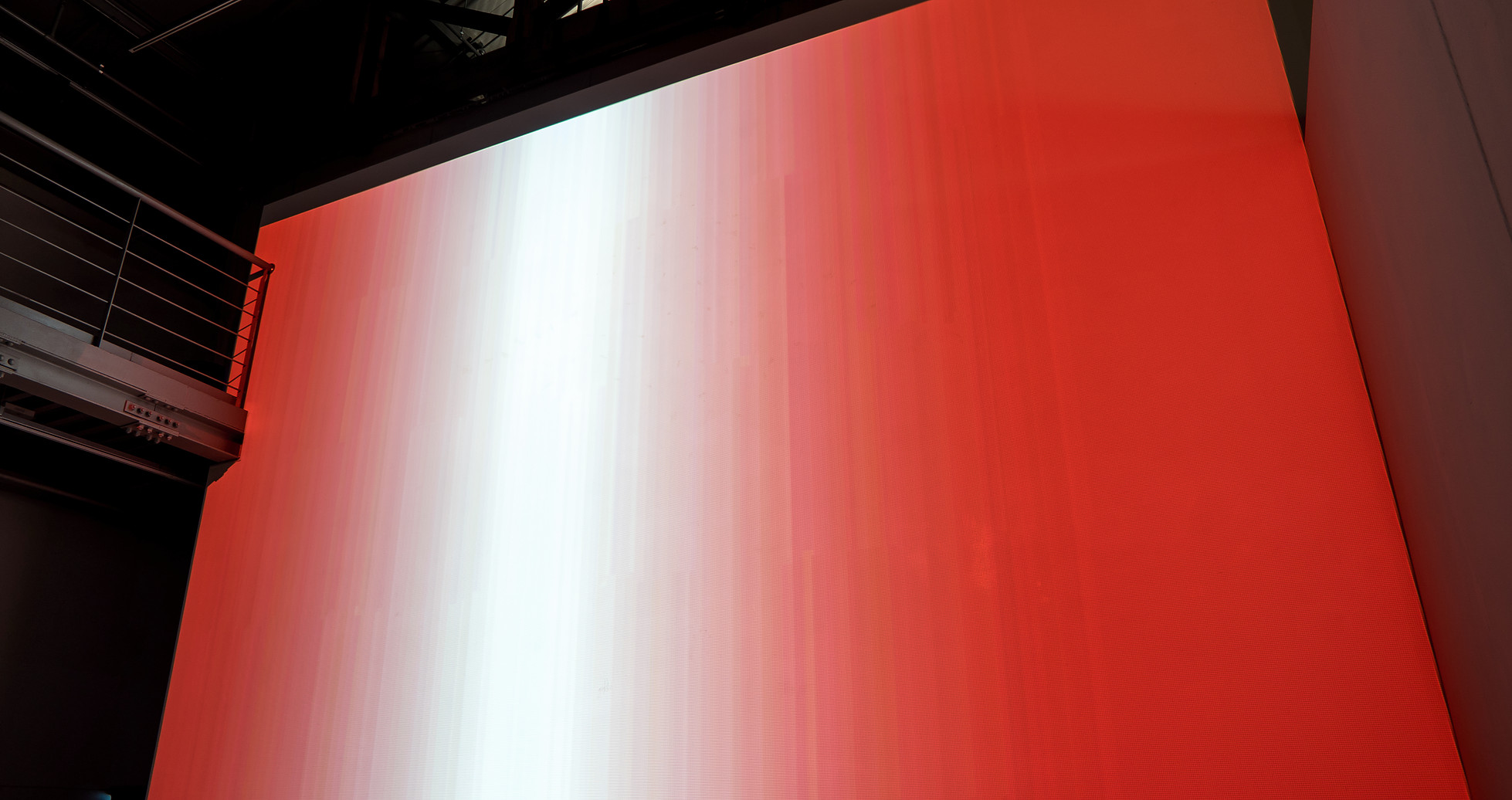 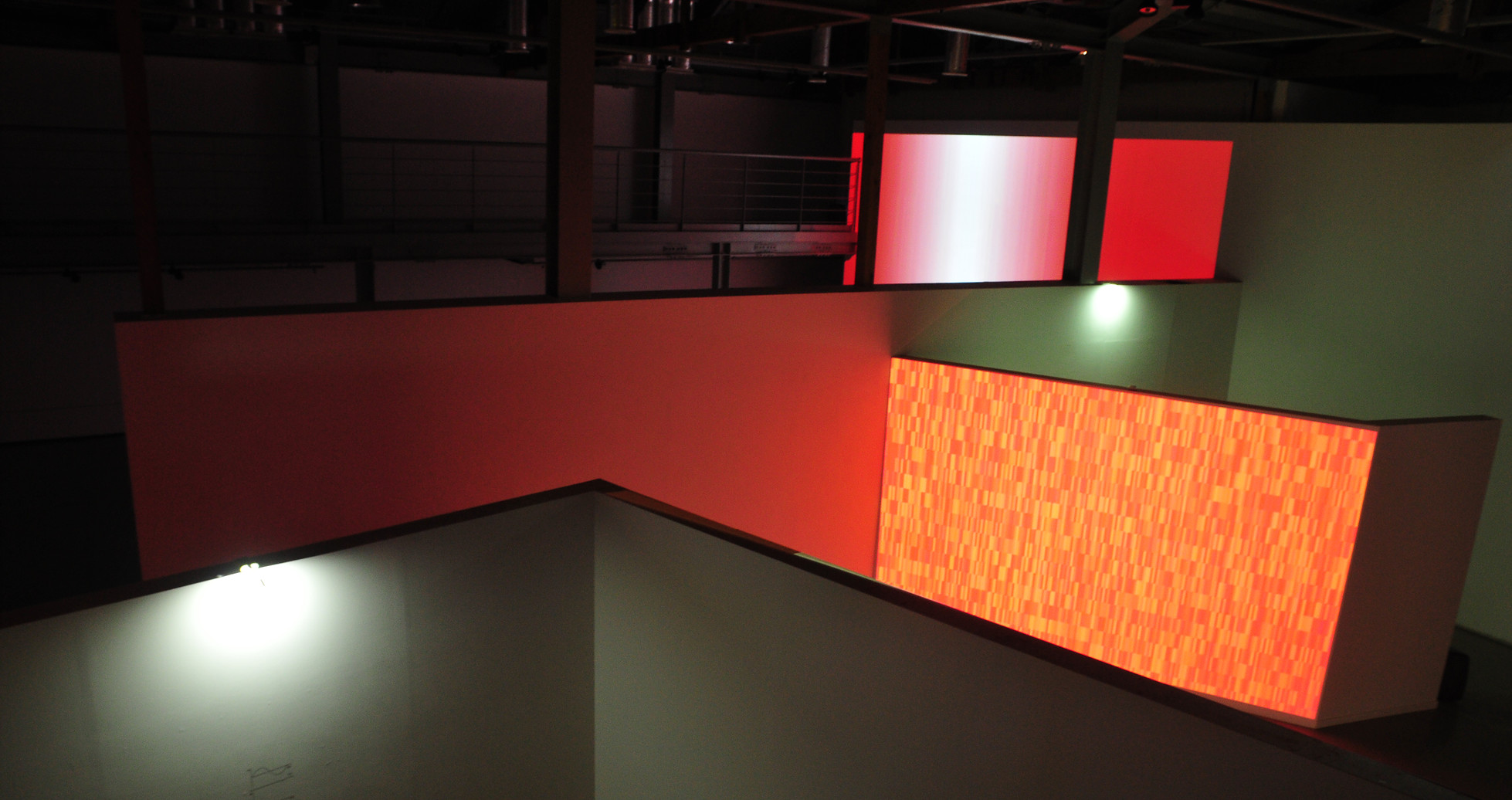 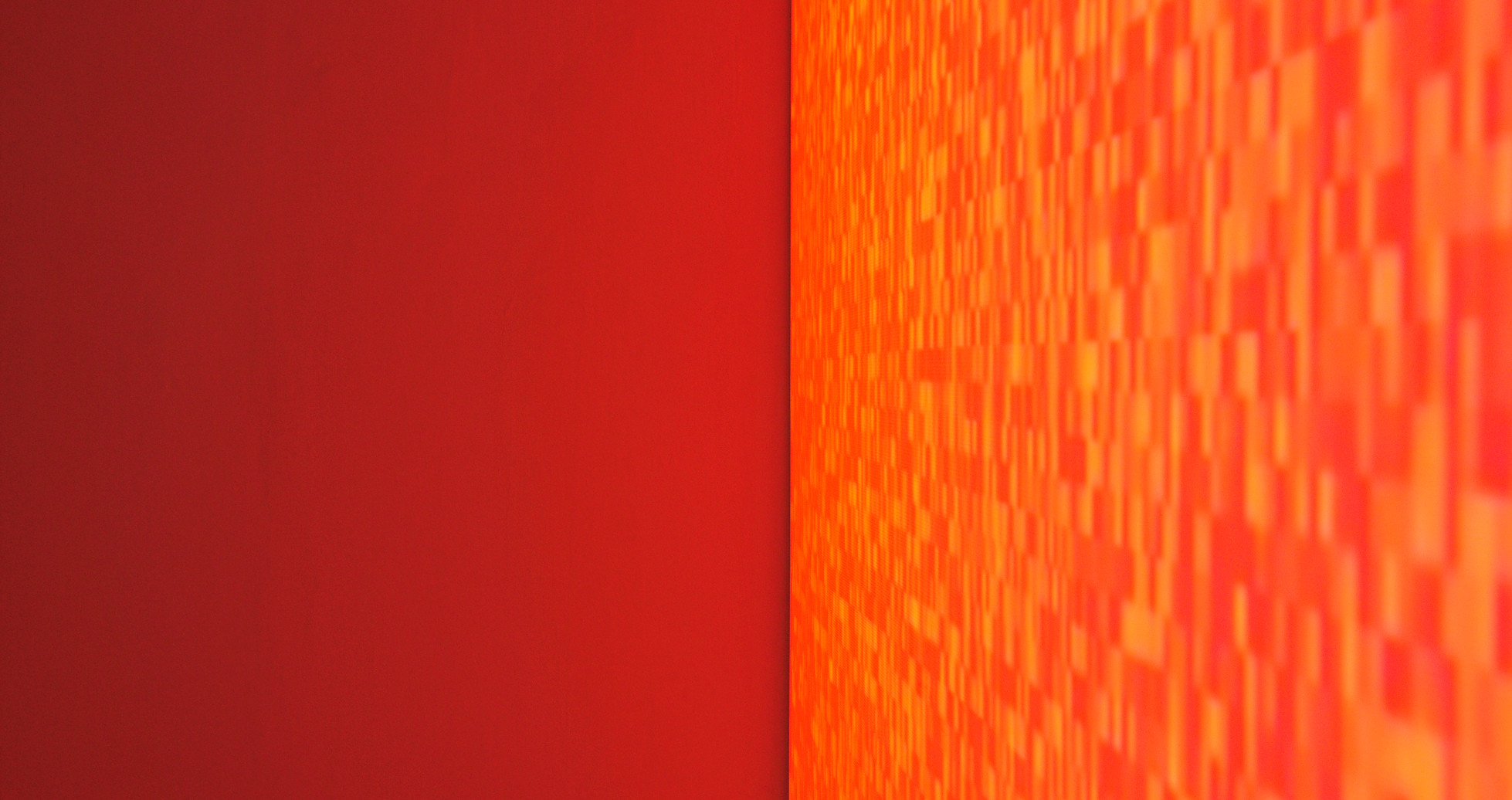 Debuted in 2016 for five speakers and five screens at B Gallery in Incheon, #include red’s most recent iteration takes over a 1,200m² (75m x 16m) façade at the Asia Culture Center (ACC) in Gwangju, South Korea. See also: ACC’s inaugural exhibition (and festival) which the team of CreativeApplications.Net & HOLO curated and helped organise.

#include red was created with openFrameworks (visuals) and Max/MSP, Max for Live and Supercollider (sound).

GRAYCODE and jiiiiin, are a young, experiment sound-artist duo based in South Korea. Their work focuses on the human senses, visual and auditory, exploring both visible and invisible. 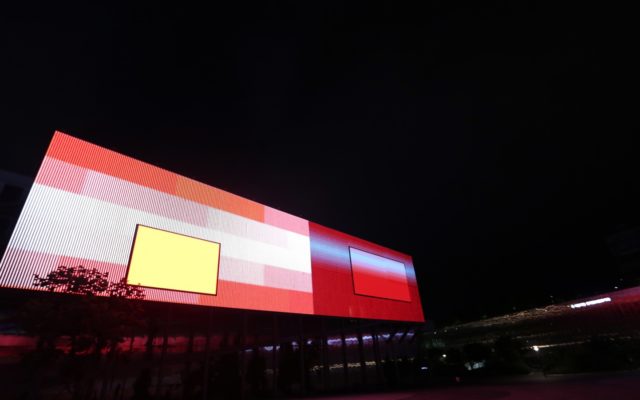 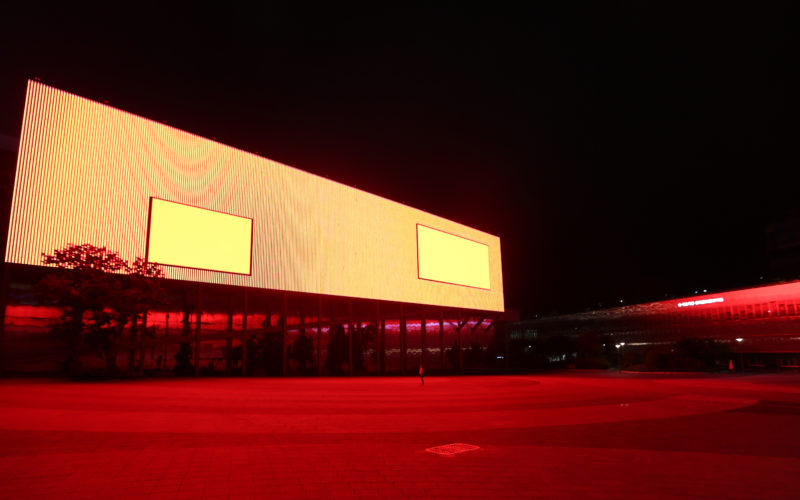 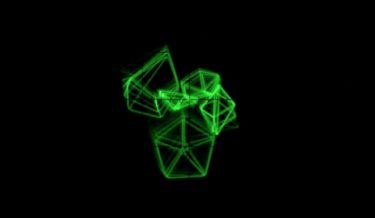 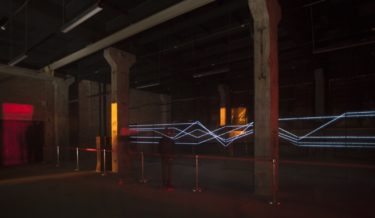 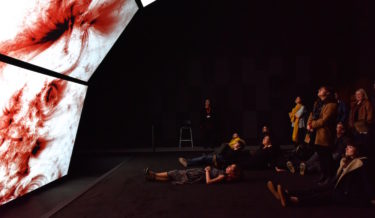