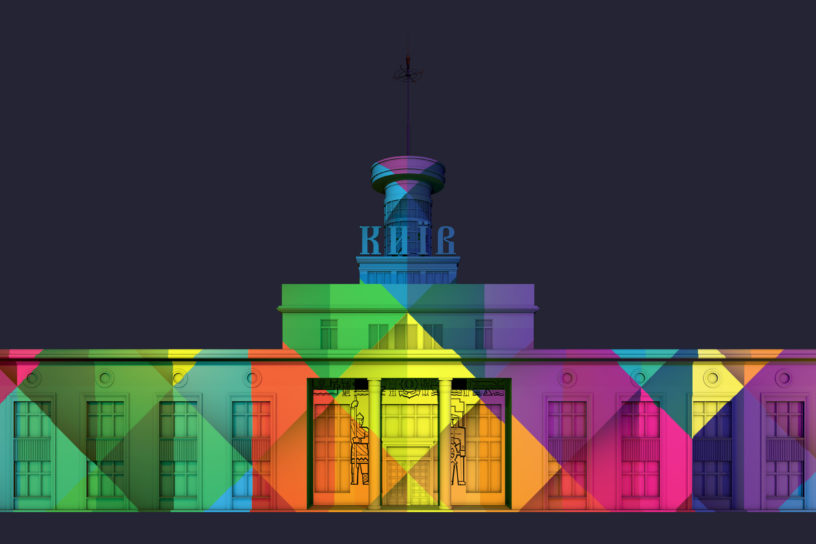 THE KYIV LIGHTS FESTIVAL, AN INTERNATIONAL FESTIVAL  OF LIGHTS AND MEDIA ART TO BE HELD DURING  THE EUROVISION IN KYIV!

12th to 14th May, Kyiv will see the Kyiv Lights Festival (KLF), the first international festival of lights and media art. The three-day festival will change the architecture of the capital city to unite video graphic designers, light and laser artists, VJ’s and modern artists. Such festivals have called many-thousand audiences in Berlin, Jerusalem, Sidney, and other world capitals for several years. The Kyiv Lights Festival is one of the official Eurovision events.

Every day the four platforms of the festival will host the 3D-Mapping Contest, out-of-competition projects with live music, large scale light shows, VJ shows, exhibitions of modern Ukrainian light artists, numerous light installations and sculptures in the city space. The locations of the Kyiv Lights Festival will be Kontraktova Ploshcha, Poshtova Ploshcha near the River Station, Mikhailovska Ploshcha, and Adriyivskyi Uzviz.

“We are happy to have a chance to be a part of the international festival of lights and media-art in Kyiv. This event will attract professionals and young media-artists, push the growth of new technologies and visual arts in Ukraine. We believe that the festival of light will give a start to a wonderful tradition and make it possible for the Kyivans to see their native city from another angle, and attract thousands of tourists, as it has been in the other cities of the world that hosted the festival.”

The international 3D-Mapping and VJing contest will invite video artists from all over the world. The works of the Kyiv Lights Fest contestants will be scored by the international jury, including the visual arts starts: Ricardo Consado (VJ Eletroiman), the Visual Brasil festival director, repeat winner of the VJing contests around the world; Nicola Pavone (VJ Luper), the video-artist, programmer and designer of interactive media; Michiyuki Ishita, the chairman of the Project Mapping Association of Japan; and Yanina Prudenko, the curator of the Open Archive of Ukrainian Media-Art, the curator of “New Art School”, specializing in media-art training in Ukraine. Alongside the festival prize-winners, the Audience Choice Award winner will be voted for by the viewers. The total contest prize fund is UAH 125,000.

The Kyiv Lights Festival is organized by:

– NEBO event-agency having won over 40 awards in special contests (Eventаrization, the Golden Propeller, Event Awards) and organized over 300 events within 9 years of work;

– Front Pictures studio, known world-wide for its solutions for large-scale visual shows. This studio created the video for Jamala’s Eurovision performance; they made a project show on the bell-tower of Saint Sofia Cathedral to the 1530th Kyiv Anniversary, and prepared the visual part of the famous dance with water at the America’s Got Talent, which got millions of views in the Internet;

– Enjoy! Media Company that since 2010 has been producing Jamala, the Eurovision 2016 winner. The company has also worked with other renowned Ukrainian musicians: ONUKA, The Maneken, Bumbox, PianoBoy.