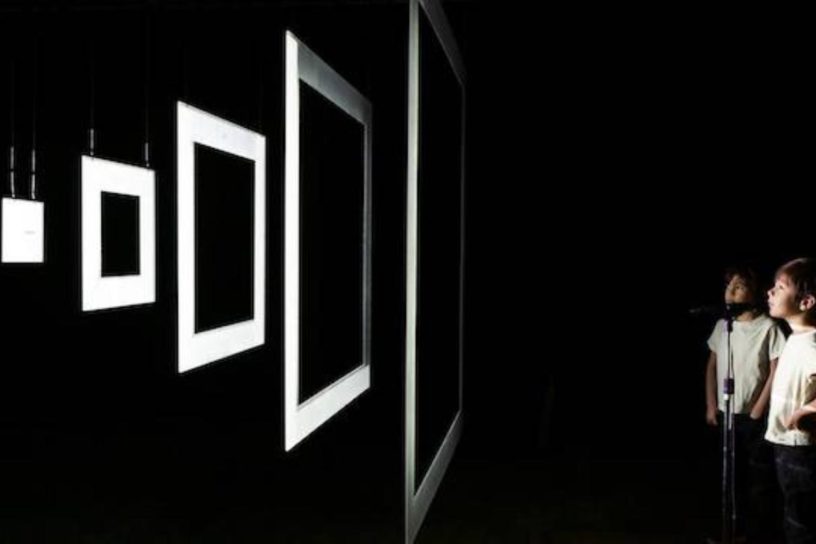 First cinema and television, then computers and the internet blurred the lines between reality and virtuality. Now, smartphones—some of which now transform into VR headsets—keep us tethered to digital worlds more than ever, causing an entire generation of kids to grow up with their realities mixed. The new six-part immersive virtual reality installation, DELETE, designed specifically for 8–12-year olds, explores this erasure of borders between the real and virtual.  Originally developed and produced by Youtheatre, and created in collaboration with the Montreal-based creative studio, Iregular, makers of an infinite digital wormhole and a multicolored light harp, DELETE lets kids see what happens with their digital doppelgangers and personal data.

The experience starts and ends with on the website d.elete.co. After kids supply the site with a nickname, they encounter questions like “What is the most surprising thing about you?” or prompts that ask them to select one thing that makes them happy from multiple choices. This initial survey leads into Part 2, COLLECT, which visualizes data collection as a waterfall of light and sound. By moving, the kids can disrupt patterns of light, creating dissonant sounds that become a cacophony.

In the next part, IDENTIFY, the viewers stand in a room in between a projection screen and a mirror. A video feedback loop multiplies the kids to infinity, allowing them to consider whether their various virtual profiles are actually them or someone or something else. The feedback software occasionally glitches, causing the virtual mirror images to disconnect from the kids actual movements and positions.

In EMERGE, a portrait of a new person is created by combining all of the faces in the audience—images taken with a 3D camera during Part 1. During SELECT, viewers stand in front of a series of LED frames, each diminishing in size, while a disembodied voice asks questions supplied by the kids in Part 1 designed to confirm if someone is human. The disembodied character then uses answers to construct new phrases. In the final part, viewers return to the website, where they are confronted with an infinite feed of their immersive experience, which they can choose to delete or un-delete.

Daniel Iregui, founder and creative director of Iregular, tells The Creators Project that DELETE didn’t really grow out of concerns over VR and augmented reality. Instead, the immersive audiovisual experience has its origins in the mundane: people on subways and buses or in cafes looking at their phones.

“For me, that is a human body on a metro and a human mind in another world,” says Iregui. “For DELETE we were talking to kids that were born with this technology, so for them that is how life works—you are in many places at the same time, and almost never present in the current moment.”

Iregui says DELETE also grew out of a conversation with a youth theater company, appropriately named Youtheatre, that likes to push boundaries. They approached Iregui, asking for ideas on how to create a “theater piece” for kids. All told, it took a year to arrive at the subject they wanted to explore, then another year to conceptualize the immersive format.

“I accepted this invitation to do something for kids because they are always my best audience,” says Iregui. “In the interactive installations I do in public spaces, kids are the ones that engage the most, get it very fast and are not shy to try anything.”

For Iregui, the SELECT portion of DELETE, with its floating sculpture and recombined questions and answers—centered on whether a person is human or not—is what happens to things added to the digital world. As soon as their persona is up in the ether, users lose control of it and it can transform into something else.

“I hope there is a reflection that the virtual world is very real, and that everything we experience on it has consequences (good or bad),” he adds. “It sometimes feels like a video game, but everything we do there has a real impact somewhere, to someone and to ourselves.”

Iregular staged 19  DELETE shows last November in Montreal, and are currently preparing for a series of new shows this year both in and outside of Canada. Click here to see more of Iregular’s work. 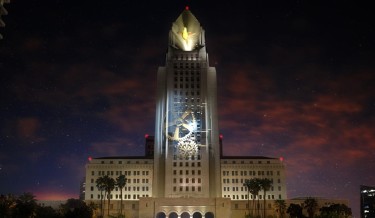 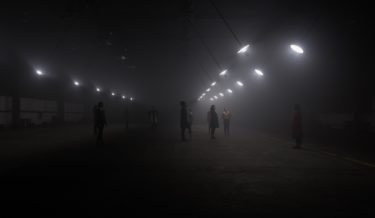 Our Time – Spatial instrument for manipulating the perception of time

Jan 18, 2017 | Comments Off on Our Time – Spatial instrument for manipulating the perception of time 2505
AV Projects Interactive 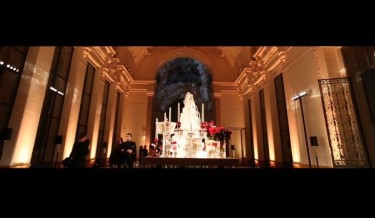