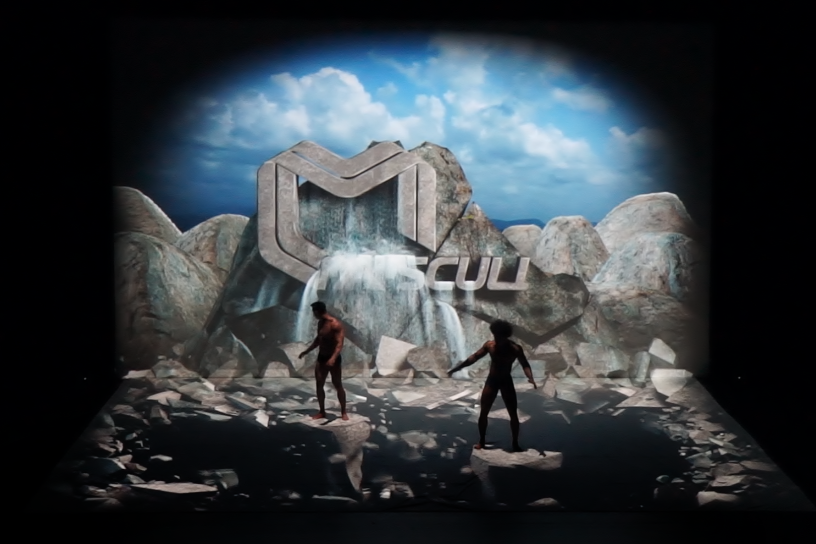 Dear readers, did you missed our interviews already? I hope yes 

Well, let me introduce you Mr. Bart Tauenberg, who is creative director of New Solid.

Lumen: Thanks a lot for this chance to make an interview with you. Tell us something about yourself please.

Bart Tauwenberg: My name is Bart Tauwenberg. I’m a creative director and the founder of New Solid. New Solid is a company specialized in video concepts for the entertainment industry. We create motion graphics for TV decors, concerts, musicals, business event, museums, … The last years we added video mapping to our list of expertise. I’m also a musician and I compose music. 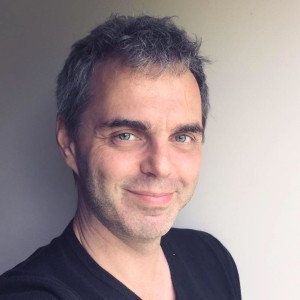 Lumen: I know that you started you career in making television. How did it happen that you moved to motion graphics?

Bart Tauwenberg: I made tv-programs for 5 years. Next I made plans with friends to start our own website company. Those were the early days of web design. We evolved to an online marketing agency and I was very interested in animating in flash. From flash I moved to video, learning “After Effects”.

Two companies later I decided to specialize in motion graphics. That’s what I liked most. For me it was more attractive trying to be very good in one thing instead of being moderate in everything. That’s how New Solid was born.

But the funny thing is: throughout everything I did, actually I always did the same. It always translated a message or a feeling into a moving image. I did this making television, while making online campaigns or graphics for concerts, … The fact that I did this in different fields of the media landscape only helped me to strengthen my skills. 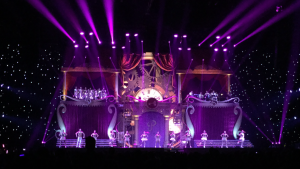 Lumen: What is specialization of New Solid’s projects? Can you give an example of the most interesting projects you’ve done?

Bart Tauwenberg: New Solid is specialized in custom-made video content. We built up a wide expertise in making content for video servers, combining video and interactivity to enhance the flexibility.

A project we are really proud of is the music tour of the 15th anniversary of the girls band K3. We video mapped on the whole set: a background and half a hemisphere. The hemisphere opened and closed, as a big door. But the video image had to follow the movement because it had to look as if the video images stacked to the sphere as a texture. We had to find a way to control the movement of the video in the video server interactively driven by an external parameter.

Besides the interactivity we learned a lot about spherical projections, we mastered a lot of handy plug-ins that helped along the way.

Another interesting case is a mapping we realized for the musical 14-18. It was a spectacular musical as a remembrance of the Great War. It was the biggest theatrical production in Belgium ever. In a certain scene they open the doors of the floodgates. At this point the water starts floating out. We were asked to make this happen using video mapping. We wanted to make the water look as realistic as possible. Because the projector was placed in an angle different from the viewing angle of the audience, we used techniques to bake the perspective into the projected image in such a way that the image looked in the right perspective again when viewed from the audience angle. It sounds complicated, but this movie explains it.

Lumen: Do you have usual concept of your projects or customer’s objectives has the advantage?

Bart Tauwenberg: New Solid makes custom content. This means that we always start by listening to the objectives of the client.

But we do love to be part of the creative process. We always try to come up with some concepts that fit the clients’ objectives and are fun to make.

Lumen: What about New Solid’s project for future?

Bart Tauwenberg: I do believe that in the future interactivity will become more and more important. Computers are getting stronger and stronger. Real-time generated content will take over from rendered content.

We are following this closely in the video server field

Lumen: You’re working more than 10 years on European VJ market. How did needs of audience -changed in those years?

Bart Tauwenberg: People have seen a lot. They ‘re spoiled in a good way. But it becomes more difficult to impress them. This is how we deal with it: don’t focus on the visual effects only, but focus on a story or a global experience: one effect after the other will become boring after 10 minutes. When you can touch people emotionally and build up some tension, you can keep their attention much longer.

Videomapping on a New Year Card from New Solid on Vimeo.

Lumen: What can you say about Belgium VJ market?

But I guess all VJ’s are proud we have Tomorrowland!

Lumen: What would you wish to Lumen readers?

Bart Tauwenberg: I wish everyone a lot of creativity and a lot of fun!

One of the things I always keep in mind and I would really like to share is this: always look at the wider perspective. Most of the time your video images will be part of show or something. Ask yourself: “what is the light doing? How can I enhance the stage design? What can I do to make the whole better…” Because when everything fits together, that’s where the magic happens! 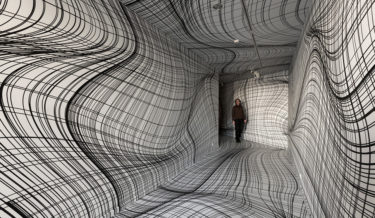 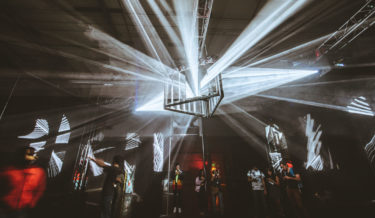