Trunk’s director Junior Martínez and Pablo Barquín have created a stunning and mesmerizing video for Floating Points, aka Sam Shepherd. The music in the video is taken from “Silhouettes (I, II & III),” an eleven-minute overture that is also the second track on Floating Point’s forthcoming debut album, Elaenia (out via Pluto in the UK and Luaka Bop in the US on 6th November).

The video came about when Sam Shepherd saw the amazing light rig Pablo had built at Hamill Industries in Barcelona. The motion rig converts digital 3D data into analog movement to control the path of an LED resulting in ethereal 3D light images. Mixing in camera effects with digital precision has always fascinated Barquin.

“The hardware wasn’t complicated and took us around 3 weeks to develop and build,” said Barquin. “But the software took a bit longer, almost a month. The hardest part was developing the right combination of hardware, software, electronics, cameras, lighting etc and getting them all to communicate perfectly.“

Martinez felt the music needed a cinematic feel and came up with the concept for the video. “I wanted to film the video somewhere that had a vast space such as a mountain range or desert,” said Martinez. “Pablo had always wanted to film in Rio Tinto on the Spanish and Portuguese border, it is deemed the closest thing to Mars on Earth, and ended up perfectly portraying the sense of space and grandeur suggested by the music. I wanted lights to appear in the heavens and unite on the ground, pulsating and stirring to the music. Due to time restraints I knew we had to recreate that amazing landscape in the studio yet thanks to Anna Diaz Ortuño’s excellent editing skills the transition in the video was seamless. We also worked closely together to ensure the story arc was more artistic and unearthly than narrative.”

The location also led to a lot of challenges Barquin notes, “Shooting in Río Tinto was really hard, as we had only 5 nights and a lot of material to shoot. It was the first time we used this machine for a shoot so it was kind of hard to make a shooting plan with the right timings. Sometimes an animation of 70 frames could take a whole night to get done. We learnt on the fly how to be more efficient. It was a huge effort: we crossed the entire Country! Sometimes we even had to choose a location in total darkness in the middle of a mine!”

Martinez observed that the tough working conditions helped the shoot in ways that were unexpected, “Although I created animatics for each shot the unexpected always happened. During one of the first shoots in Rio Tinto at 5am in the morning a big scary mist came down and we thought, because it was time-lapse, taking 5 min for each frame, that it would look weird. Yet it was the opposite, it was amazing, so we added loads of smoke when we filmed in the studio to recreate the look of that amazing shot. It generated a natural glow, ambient, creating a mysterious background like E.T.“

The dazzling and compelling video is accompanied by a making-of film that shows the lengths to which Martinez, Barquin, Diaz Ortuño and director of photography Nathan Grimes went to finish the video.

Richard at Trunk noted, “It’s always such a pleasure when Martinez sends us projects he’s working on, we have a really close relationship so it’s great to see the progression, you always know you are going to be in for a visual treat!” 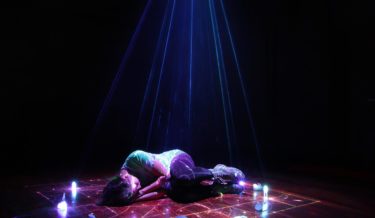 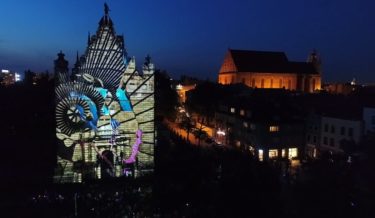 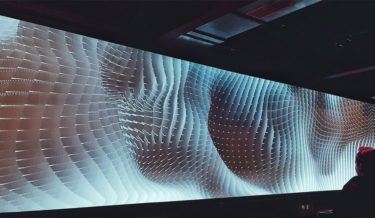