Prev
Next
AV Projects | 18 Jan, 2017 | Comments Off on Ash Thorp remixes Adobe in this psychedelic journey 1971


This is no simple journey through mesmerizing visuals, though. The voyage spans six visual “chapters”:

Ash and designer/animator Michael Rigley used a combination of generative visual systems and good ol’ fashioned sketching to arrive at unexpected ideas in the design phase of the project.

I like what Ash says about the role of style frames in his work:

I consider this part of the process to be very important, as I believe it to be the creative guiding light in the void of creative obscurity. Seeking the “Golden Frame” is no easy task, however by maintaining our true intention through all the challenges, we managed to successfully find it midway through the process.

The “Golden Frame” is the sole significant piece that the project depends on as far as mental clarity and visual influence. It helps answer the many questions and choices moving forward.

The magical element? Music, of course.

If you didn’t watch the project with headphones on, stop reading this, fish a pair of ear-goggles out of your bag and get ready for some serious goosebumps.

The soundtrack by Angus MacRae was developed in tight collaboration with Ash:

We started the scoring process early on in the process, using the first still frames to record a stripped back piano sketch, basing the structure and evolution of tone on the predefined ‘chapters.’ From this point the music and visuals evolved in parallel, first expanding into a fully orchestrated version as the visuals gained more detail, and later completed with the addition of a handful of live musicians for the final recording.

By utilizing this process of being able to set the agenda in parallel with the visuals, it ensured the music was deeply woven into the fabric of the project from the start.

Check out all the process imagery and information on Ash’s project page. 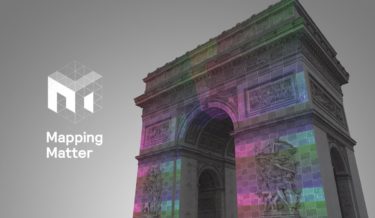 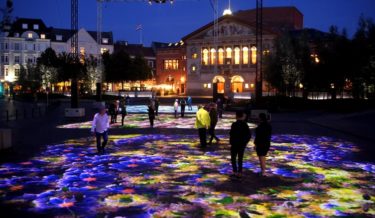