Prev
Next
Digital Artists , Exclusive | 05 Jul, 2018 | Comments Off on Everything You Need to Know About Mexican VJing: From Market Features to Powers of Ayahuasca 1677 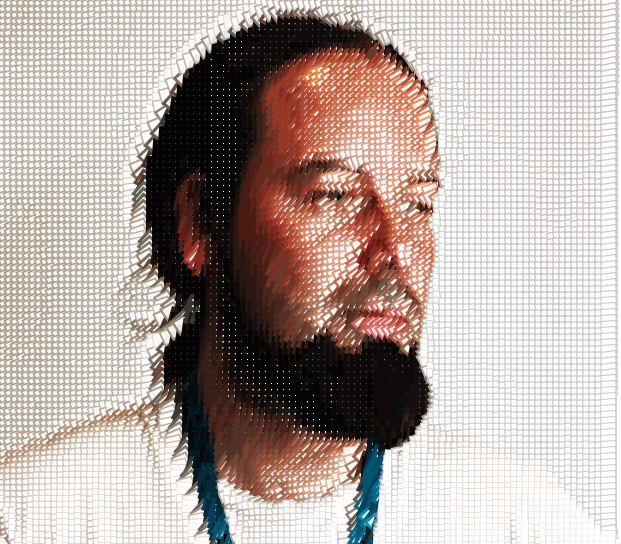 Bio Ritmo (Roberto Montiel) is an iconic character from the international VJing community, who’s truly passionate about visuals and their meanings. Luckily for Lumen, Roberto was very open to share stories and insights on his audiovisual education, partnership with LPM festival, baby project Medusa Lab, sources of inspiration, local shamanic practises, possibilities of AI, and other exciting stuff. Keep reading to learn and feel how contemporary media art trends are integrating into the Mexican culture!

Lumen: What attracted you to art in general and particularly to VJing and video mapping?

Roberto Montiel: Mixing and appropriating images to create a real-time narrative is what I like the most about classical VJing. Today, however, there is some video mapping involved in almost all Vj sessions, and that makes is possible for us to take things beyond a screen. That is what I enjoy the most about VM whether for a party or a private event. It challenges you to design the “canvas” you will be working on, and because of that you can no longer use just any image but one thought specifically for that space, and there another kind of creativity comes into play.

Lumen: A lot of VJs are self-taught geeks but you seem to have special education in audiovisual communications. Share this experience! What exactly did you study?

Roberto Montiel: I have studies in audiovisual communication and communication science (same degree, in 2 different universities), so I had several teachers on film appreciation, film editing, photography, and lighting, for example. However, those I learned the most were my friends, specially VJs that had some time in the scene such as Vj Dogon, Vj Siddartha (now Enemymasta), Chana, and Desollado who had been doing visuals on Mexico City parties since early 2000. I remember Siddharta encouraging us to take any camera and start doing video. Back then Bioritmo was a 2-man project, it used to be myself and VJ Xilem, a biologist. The project we wanted to develop was creating visuals inspired in natural patterns seen through the microscope. We used my partner’s school’s microscopes for that and a crappy 720×480 cellphone camera, since I still didn’t have a professional one, that’s how Bioritmo started.

Lumen: Please, describe the situation on the Mexican VJ market from the insider’s point of view and list some pros and cons of working in your country?

Roberto Montiel: The VJing scene in Mexico has grown a lot in the past 10 years, I am happy about that because there are more and more younger VJs and video artists that are really super talented. I think it is positive that supply and competition has increased, because that has encouraged the older ones like us to remain up to date in ever-changing techniques, styles and technologies. I think it is important to constantly renew oneself and to keep on looking at what colleagues are doing, and recognize and applaud it if it is good. Nonetheless, I think it would be better if artist’s collectives were a little more united. Some companies see this as just a business and not a way of growing and develop artistically. If we support each other, we can do more compelling work.

Lumen: What do you do as a Mexican partner of LPM Live Performance Meeting?

Roberto Montiel: In 2013 I was part of the LPM production crew in Mexico City and was in charge of production direction, since then, we have wanted to do a new edition. This year we have been holding conversations and negotiations with sponsors to produce a Mexican edition of LPM, however, we have to offer a larger and better produced festival, since visual demand has grown a lot in the city. We expect to have news about that soon.

Lumen: So how did you meet Gianluca?

Roberto Montiel: In 2008 I participated as VJ in the first Mexico LPM in the city of Jalapa Veracruz. There, we met many VJs from Mexico (around 20) and other countries. At the time, the LPM production team included, if I remember correctly, Gianluca, Marco Donnaruma, and Ioann Maria among others. It was amazing, an unforgettable event even though there were many logistics and production issues because we met a lot of people with a shared passion in a festive setting that was also about education and artistic appreciation. That was why we wanted to take LPM to Mexico City, and stayed in touch with Gianluca until we managed to work together in 2013.

Roberto Montiel: Yes, Medusa Lab is a creative laboratory that some of my colleagues and I opened about 4 years ago. It has been our baby since then. I still do visuals and VJ as Bioritmo though, and have a photography project as Le Baiser. Some time ago I also coordinated the Circuito Electrovisiones festival alongside my colleague VJ Dogon.

Lumen: What kinds of clients do you work with and how do they find Medusa Lab?

Roberto Montiel: Many clients contact us by recommendation of people that have worked with us, others have seen os on TV or have approached us after seeing our posts in social media like Instagram or Facebook. And that’s why we have many different types of clients that go from musicians wanting to do their music clips in 360º professionally, to Mexican affiliates of multinational corporations that want to hire us directly without going through an agency since we have the legal capacity and technical expertise to do anything an agency can do. We have also worked for festivals, museums, TV broadcasters, theater, and dance. If somebody has an idea and we find it interesting, we develop it and make it a stunning experience.

Roberto Montiel: It depends on the type of work, some clients let us do whatever we want, and we love that, but when they have their own idea we normally do a creative meeting, designate an art director for the project, we prospect the idea and production needed in order to prepare an quotation that is as accurate as possible (if necessary we scout the location). afterwards, we prepare a storyboard for all animation departments to be in sync, and we simultaneously produce audio in-house or invite a collaborator for it. We send advances to the client or show them on a model to present how the final experience is going to look like. The results have been quite good and clients love that.

Lumen: What inspires you?

Roberto Montiel: Nature is still my main inspiration and I still see everything with the eyes of a photographer, that is why I see framed pictures everywhere. I also love digital “error” and the entire glitch art esthetics, the wisdom of the ancestral peoples, and even baroque painters. 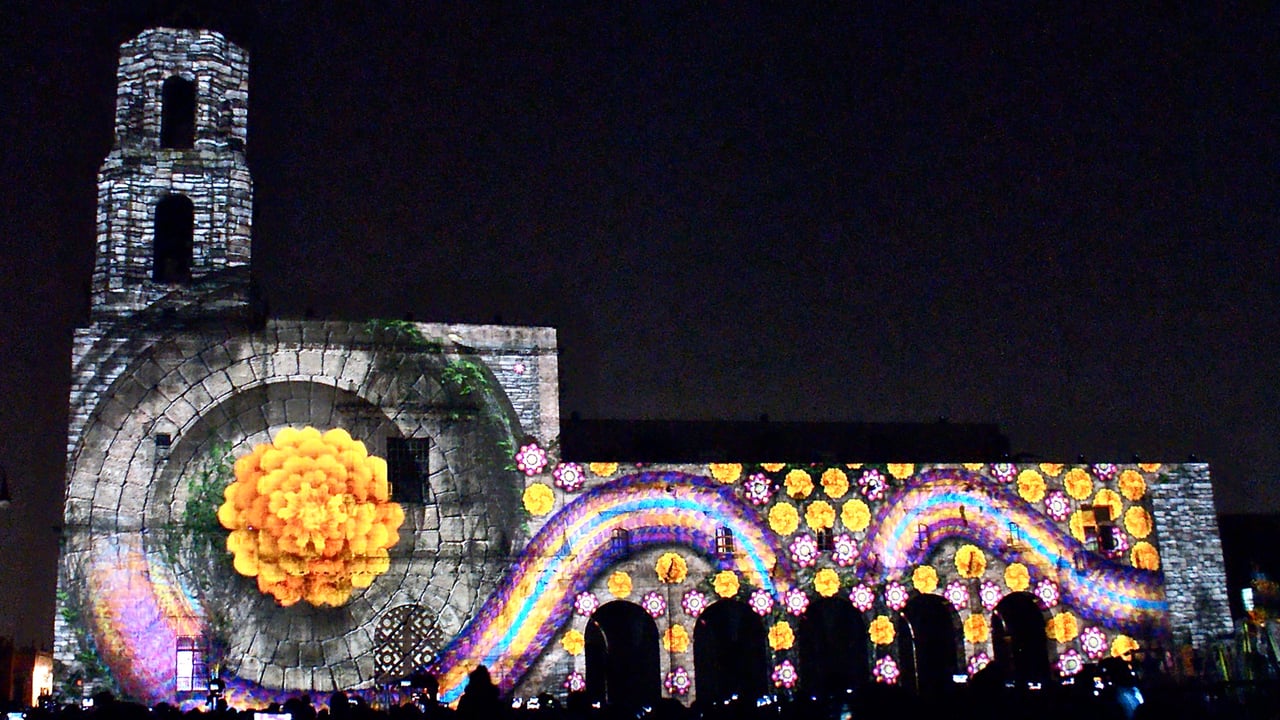 Lumen: As far as I know, shamanism in its various forms is a part of Mexican culture. Have you ever taken part in Ayahuasca rite or tried anything unusual?

Roberto Montiel: In Mexico, more than the figure of the chaman there is that of the healer (el curandero o curandera) that uses power plants to heal. Ayahuasca, unlike peyote and magic mushrooms (psylocybe mexicana) is not originally from Mexico; however, ayahuasca ceremonies are taking place in Mexico as a result of cultural hybridation and “vision searching”. I have attended ayahuasca ceremonies, and have also tried mushrooms and peyote (the most amazing visuals I have ever seen), and the only thing I can say about those experiences is that they radically changed my life and have made me a better person. I suggest everybody to try them at least once, with a great deal of respect and care, of course.

Lumen: What is your dream venue?

Roberto Montiel: Maybe a stage in the middle of a desert such as San Luis Potosí, or a video mapping structure floating on a lagoon or a cenote in Quintana Roo. However, most of those areas are protected sites where the ecosystem must not be altered, so it is still just a dream.

Lumen: Who are your heroes among VJs and video mappers?

Roberto Montiel: First of all my colleagues at Medusa, since their particular talents and genius surprise me more and more. There are also several Mexican collectives that are really good such as AVA (Animation and Visual Arts) and Dux Animation. I also really like the work of Sila Sveta from Russia; The Macula, from Czech Republic; Gong Zhen from China; and the installations by Adrien M. and Claire B. from France.

Lumen: Do you believe in Artificial Intelligence?

Roberto Montiel: Yes, and I also believe that it will be possible to achieve the technology singularity before 2030; however, even though in general I am very positive about it -I think that the future can be better thanks to technology, more Solarpunk than Black Mirror – I believe we must be careful and conscious about our decisions as a species.

Lumen: In your opinion, how the worlds of VJing and new media art will be changing in the next 10 years, due to technologies?

Roberto Montiel: The world of art and new media is in constant change, I cannot imagine what will happen 10 years from now. I do think though that there is fertile soil in Virtual Reality and Mixed or Hybrid Reality. I believe that digital artists can give rise to new languages through these devices, and that researchers will have a lot to theorize with. Also, I eagerly await for new developments in wireless, or in other words, I can’t wait until freaking cables are no longer needed!

Lumen: What are the 3 main components of success for young VJs and/or video mappers?

Roberto Montiel: I think that, as in all disciplines, conscious, deliberate practice is what’s most important. I mean, a lot of practice time but with a set purpose. Besides, being an observer, an analyst of image, color and composition, and immersing oneself in other types of art such as theater, museums, dancing, and listening to music that is not only electronic is very important to expand one’s references and enrich the language that “speaks” to your creativity. 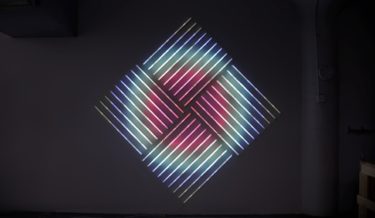 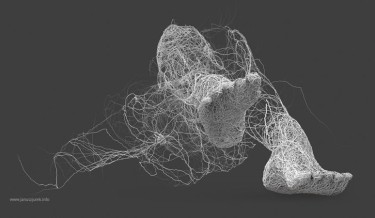 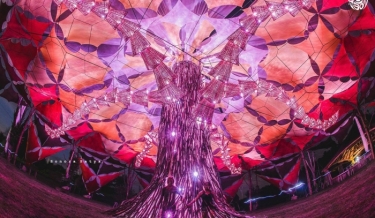