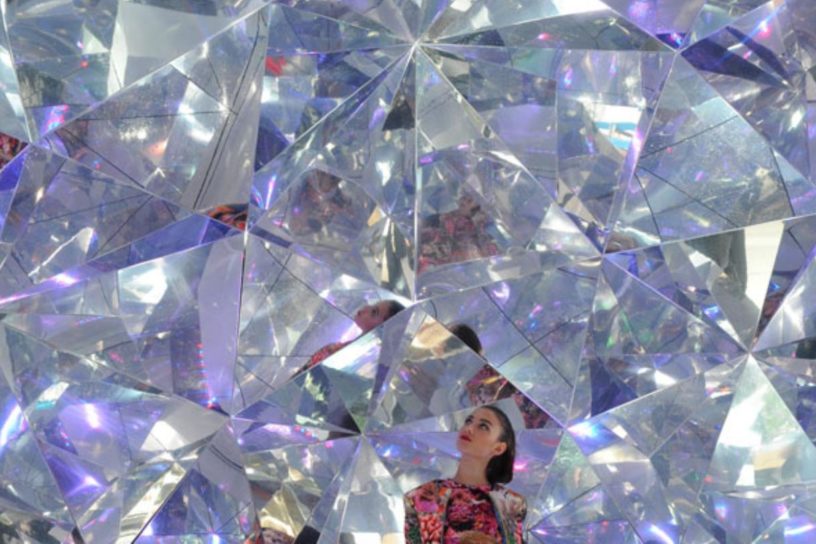 ‘Light Origami,’ by artist Masakazu Shirane, is a walk-in dome that bends and weaves light.

This article was originally published on June 2, 2015 but we think it still rocks!

Take a psychedelic trip without touching a tab. Light Origami, by artist Masakazu Shirane, is a walk-in dome that bends and weaves light like paper. The giant kaleidoscope turned rave cave is built from 320 individual Perspex panels that convert movement and color into a space-time experience that changes with each visitor.

Soundtracked by Finnish composer Inge Liljestrom, the work was created for Vivid Sydney and the festival Amplify. It’s part of a series of installations by Tokyo-based Masakazu that riffs on immersive three-dimensional mirrors. Creators caught up with the artist and New Zealand-born project producer Reuben Young to talk about light festivals, Japanese architecture, and taking time out from reality.

The Creators Project: Masakuza, you’re in Tokyo and Reuben’s in Sydney – how did you guys collaborate?


Reuben Young: I actually found Kaz (Masakuza) on the Creators website! I came across his previous work Wink—which he made with [artist and collaborator] Saya Miyazaki for the 2013 Kobe Biennale—on the site and was really inspired by it. So I contacted him and said, “Why don’t we produce a new work for the upcoming Vivid festival in Sydney?” It’s UNESCO’s International Year of Light in 2015 and I thought it would be a great time to bring the work across.

What inspired the concept for Light Origami?

Masakazu Shirane: I am an architect and I wanted to make an interactive space that people could design for themselves. That was my initial idea, and then I devised a 3D kaleidoscope to develop that concept further. For me, it’s an experiment.

RY: We live in such a crazy, busy time where everyone is just constantly thinking and doing. We wanted to create an interactive, immersive space that gave people the opportunity to step into a new dimension—a new realm of experience—to uplift and inspire.

Tell us about some of your other influences. Architecture is key, right?

MS: Japanese architecture is really light-weight, soft and moveable, but the European way is really heavy, hard, and not moveable. I wanted to focus on the Japanese way, and especially on the characteristic of movability. With movability, people are able to make a space bigger or smaller as they want. That’s also why we’ve used the concept of origami. Origami can be a strong structure, and it can be folded. Light Origami is a moveable architecture.

RY: The work is constructed from aluminum composite panels—there are over 320 individual pieces that Kaz has assembled in an origami-like form. The whole structure is very strong, very durable.

What kind of experience do you hope to create for each visitor?

RY: We wanted to create something that inspired a childlike sense of wonder, where people would be able to rethink and reimagine themselves. It’s a chance for people to reflect on the nature of reality and everyday life, to get out of their heads and to look at themselves in a multi-dimensional way. 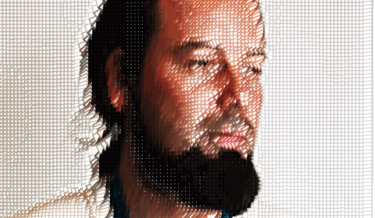 Jul 05, 2018 | Comments Off on Everything You Need to Know About Mexican VJing: From Market Features to Powers of Ayahuasca 1671
Digital Artists Exclusive 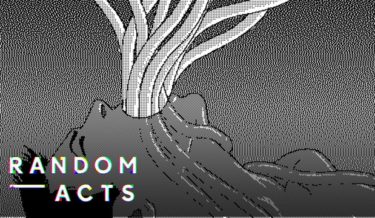 “Inside,” a cyborg’s journal entry from a post-apocalyptic future

Jan 18, 2017 | Comments Off on “Inside,” a cyborg’s journal entry from a post-apocalyptic future 1597
AV Projects Interactive 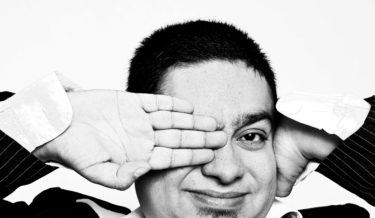