Prev
Next
Uncategorized | 19 Jul, 2015 | Comments Off on International Mapping Festival of Girona 1809 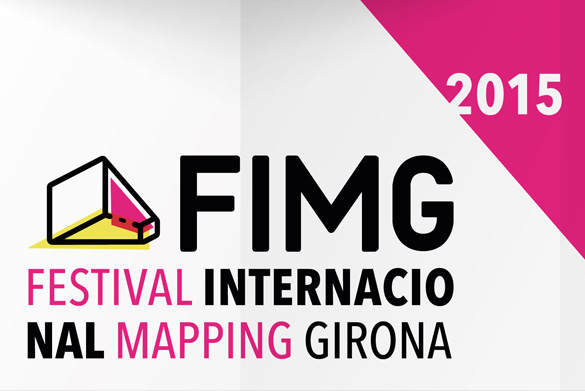 From the 24th July until the 2nd August the city of Girona will be celebrating the II International Mapping Festival of Girona (FIMG), a festival that is open to everyone and which merges Girona’s architectural value with contemporary creation through innovation and the audiovisual arts.

The city of Girona will become the international centre of mapping for four days. The Festival aims to reveal the high artistic level of the discipline by bringing together artists and professionals from across the sector. The festival is open to all and links the cultural legacy of Girona with contemporary creativity through innovation and the audiovisual arts.

The 2015 edition maintains the same structure as the previous year: between Friday 31 July and Sunday 2 August, the International Mapping Competition will see the shortlisted artistic works projected onto some of the well-known façades of the city, while the 1st International Mapping Congress will be held from Thursday 30 July to Saturday 1 August, when professionals from the sector will gather to discuss and talk about their work.

This edition of the festival will also increase the number of spaces and works, setting up a trail across the city between buildings of historical and contemporary significance. The Porta dels Apòstols entrance to the Cathedral and the Pont de Pedra [the stone bridge], will be the setting for projects specially commissioned by the Festival that will be shown every day of the Festival and which will also showcase a large amount of Catalan talent.

The International Mapping Competition will include a new category, micro-mapping, which is intended for smaller indoor spaces (such as hotel or museum foyers, stores and shops), and there will be two awards voted by the general audience.

The inscription period for the International Mapping Competition opens today and closes on 27 April. There are four categories: Professional, which is aimed at artists and professionals of the visual arts, music and fine arts, who do not work exclusively with mapping; Amateur, aimed at anyone who wants to take their first steps in the field of mapping; Micro-mapping, a new competitive category intended for smaller interior spaces; and educational, which is aimed at schools and high schools in Girona.

The spaces for the professional competition will be the façade of the Town Hall, the façade of Casa Pastors and the Law Courts; the amateur works will be displayed on the façade of the Pont d’en Gómez building; while the educational works will be projected onto the Les Àligues building (Sant Domènec) and the micro-mapping will be shown in various spaces. There are two prizes for each category, which range from 12,000 euros for the 1st prize in the Professional category, to 500 euros for 2nd prize in Educational. The prizes shall be awarded by a jury. This year for the first time, the Festival will have two more prizes awarded by the public: The Audience Façade Prize (1,000 euros) and the Audience Micro-mapping Prize (500 euros).

The jury will judge the entries on originality, innovation, musical and visual style, the financial and logistical viability of the proposal and its relevance to the building.

Anyone wishing to take part must register at www.fimg.cat

Girona will host the 1st International Mapping Congress between 30 July and 1 August. This is a forum bringing together the foremost European professionals in order to convert Girona into a global hub and benchmark for this discipline. A space where artists, programmers, professionals and tech companies can meet and discuss the mapping industry. The programme for the Congress will be announced soon.

Xavi Bové, the artistic director, has joined the team at FIMG 2015 to supervise the quality of the contents and to programme the 1st International Mapping Congress. FIMG 2015 has also added a communications director who will manage the promotion and impact of the festival. 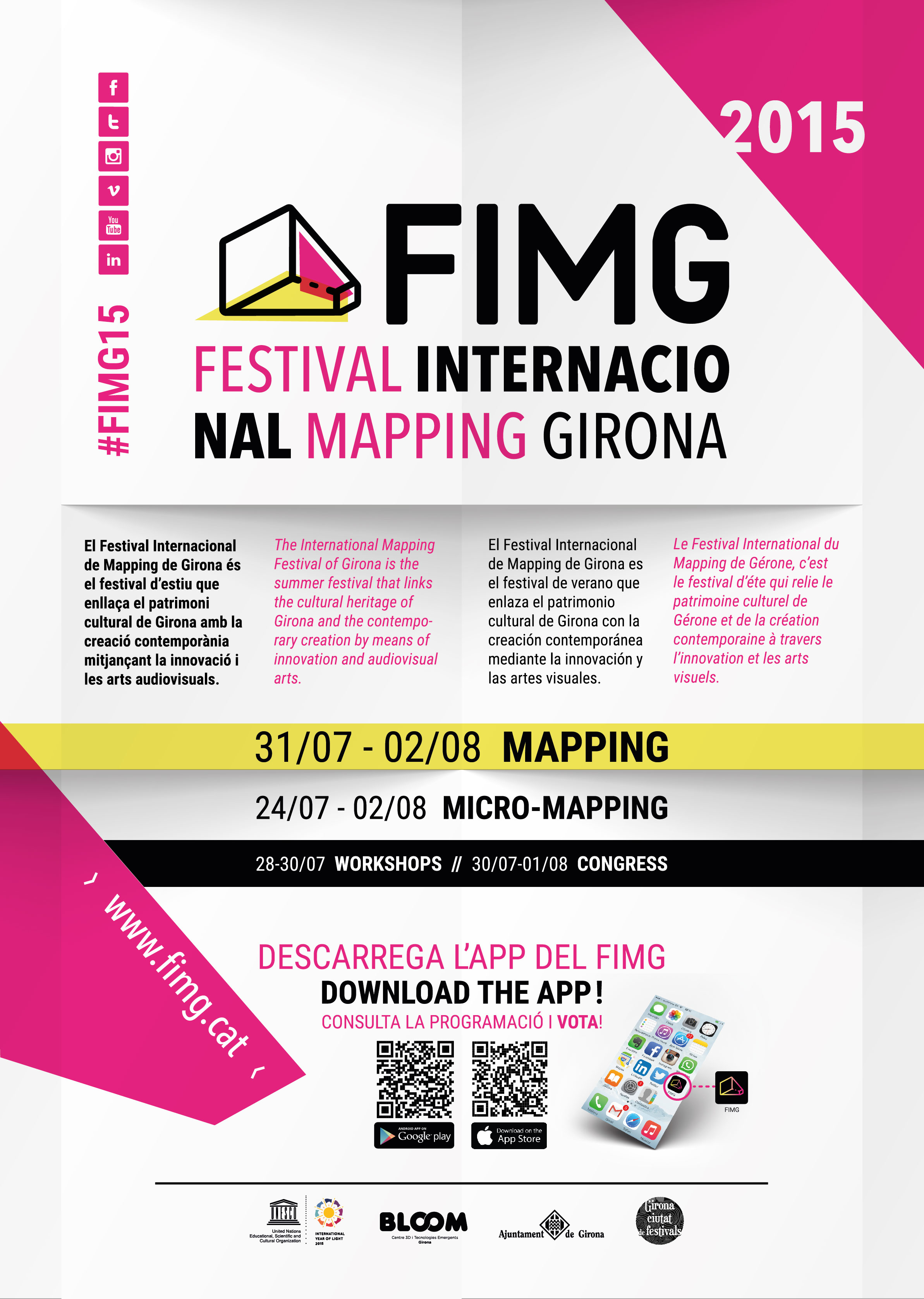