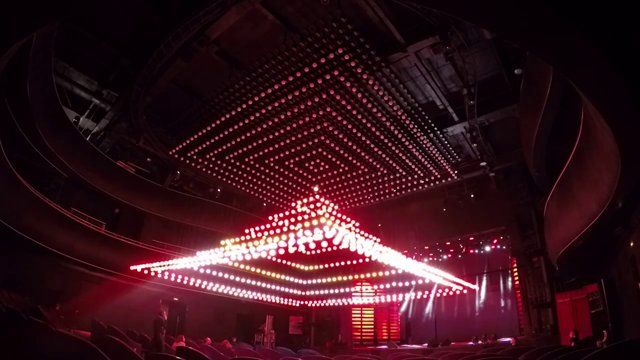 You could find that magiс chandelier in the new multipurpose entertainment center “Leningrad Center“. The kinetic chandelier consists of 1089 (33 х 33) LEDs able to change their color and position in space. The chandelier moves under a given scenario that is controlled by the software. So each performance has its own dynamics and chandelier color. First it may look like a jellyfish and seem to be flowing. The next minute it may turn into a geometric figure with sharp movements. The installation was made by the specialists from Ascreen Group Company.

As a part of the international team, they worked for almost 3 weeks at the height of 10 meters.

The historic building of the former cinemahall “Leningrad” in the Tauride garden renewed with “Leningrad Center” – a new urban area, the project at the crossroads of culture, entertainment and media.

For the restoration of the building, the best Russian and international experts were invited. The project had been led by Spanish architect and urbanist Ricardo Bofill.

“Leningrad Center” has united concert and theater venues, art galleries, as well as conceptual bars and restaurants under one roof. All areas of the project are equipped with the most modern equipment and meet the current industry trend of culture and entertainment. 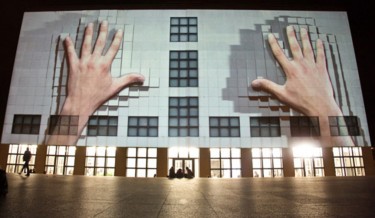 The best software for video mapping 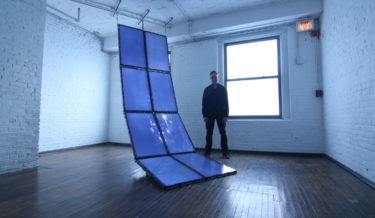