Prev
Next
Video Mapping | 26 Jan, 2016 | Comments Off on Light Waves Move in a Projection-Mapped Orchestral Performance 2645 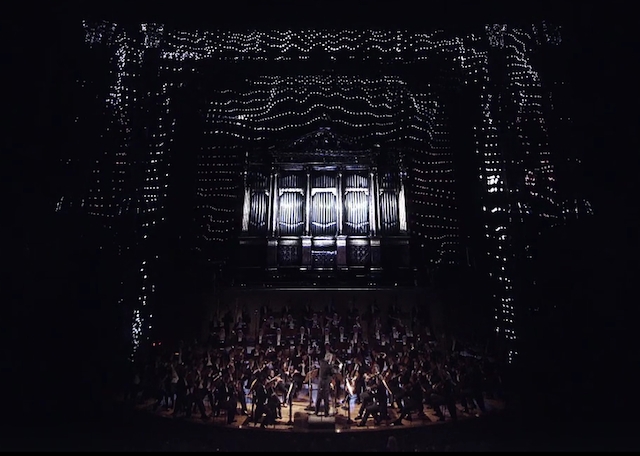 Attempts at modifying the classical orchestral music experience with modern or futuristic visuals are fraught with peril. Executed poorly, it’s forced and cheesy. Done well, it’s gorgeous, mind-melting, and inspiring. And that’s what we have here with SIM/NEBULA, an 45-minute projection mapping performance for SIGNAL Festival that pairs immersive visuals with the Czech Philharmonic Orchestra.

The orchestra, conducted by Jiří Bělohlávek, performed Antonín Dvořák’s Symphony No. 9 “From the New World” (also known as “New World Symphony”), composed in 1893 while Dvořák was the director of the National Conservatory of Music of America. The orchestra featured 118 musicians performing amidst visual effects and motion graphics thrown onto the Rudolfinum walls, with 10 x 20k Projeciton video loops on the front, sides, and ceiling of the auditorium.

In watching the audiovisual performance, one can’t help but think of quantum mechanics—how light can take both wave and particle forms. And with sound being wavelengths as well, the visuals almost seem to expose the hidden architecture of a quantum universe. All in all, it’s a very moving piece of past and future colliding inside our possibly holographic universe. 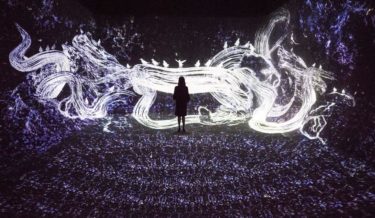 This Installation Is Like Stepping Inside a Neon Van Gogh Painting

Apr 25, 2017 | Comments Off on This Installation Is Like Stepping Inside a Neon Van Gogh Painting 2158
AV Projects 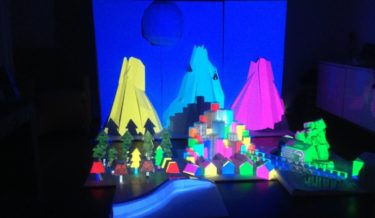 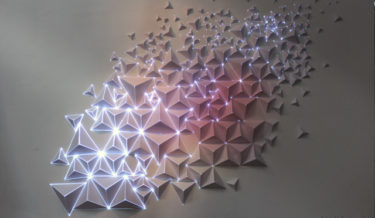