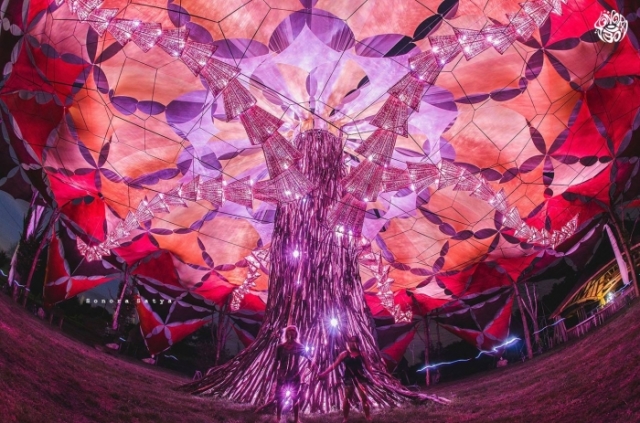 RE:SORB had the honour to perform at ageHa – Japans biggest&best Club in January 2015 at the OZORA – ONE DAY IN TOYKO -Party.

We mapped 270° of the Club with 8 projectors in total, mixing pre-rendered 3D Mapped Animations with realtime-generated vj content.

Thanks to the ageHa light&laser crew for their awesome work! And to Toshiaki Takeuchi for the organic decoration!!

After the VJ-team “[re sorb]” was established in 2004, it has participated the events and festivals around the globe.

Stefan Ihmig led the Enwicklung and researches globally unique 3D projection Techno leagues in the lighting design group “Urban Screen” and with other lighting designers in the summer of 2009-2010 has realized the Light Art Festival “Urban Screens” in Caceres (in Spain).

After he was honored for his pioneering studies on interactive 3D Mapping on movable structures at Startup competition 2011 by the federal government, he focused next on stunning interactive installations for service productions that draw the viewer into a world of imagination, surrealism and poetry. Among other things, he was already worked on projects for the Cebit, which involved Hanover Fair and Expo Shanghai as an art director and technical consultant. Also he is Vj with the worldwide experience (the last one was at OZORA)!

John Tettenborn has also studied Digital Media at the University of Bremen. His main focus is in the areas of motion graphics, art direction and computer animation. He was a senior broadcast designer and motion in the TV production company Weconda and has implemented extensive CGI work for customers from the film, music and advertising industries.

Since 2009, he participated in the label [re: sorb] at different VJ and mapping projects such installations. For example, he has enriched projects Elbjazz Festival Hamburg, the opening of the Hannover Fair, the world-famous Fusion Festival or the theater festival “La Notte” in Magdeburg with fantastic 3D animations. 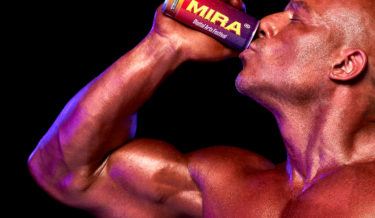 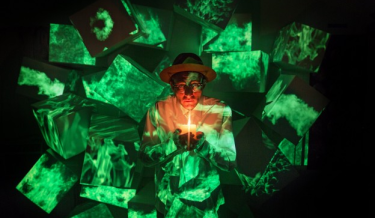 Art After Psychedelics and a Dose of Loneliness 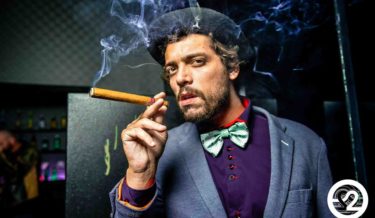