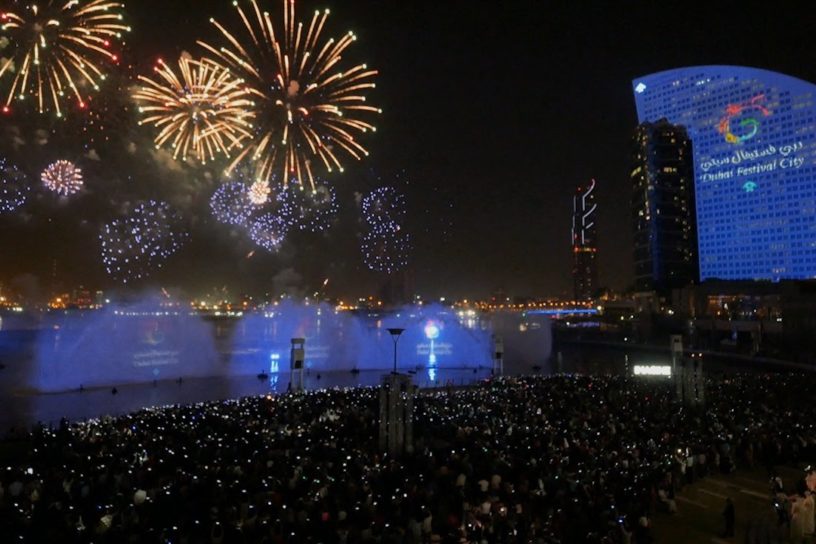 In 2016, Dubai Festival City (DFC) sought to create vast, groundbreaking visuals around the bayside precinct, enhancing the possibilities for event staging. Panasonic and Al-Futtaim Panatech were chosen to provide more than 60 flagship PT-DZ21K2 20,000-lumen quad-lamp projectors to create dynamic mega-screen images onto the facade of the InterContinental Dubai Festival City hotel. A further 12 PT-DZ21K2 projectors were deployed for the water-screen installation, creating a seamless 68-meter-wide by 13-meter-high screen for multimedia projected onto misted water from fountains.

Guinness World Records verified the water-screen projection as World’s Biggest in early 2017, and the show as World’s Largest Permanent Projection Mapping in May 2017. These achievements add to a growing list of records set by the Panasonic PT-DZ21K2 projector over the last 12 months.

Technology Turns Any Surface into a Work of Art

The technology behind the PT-DZ21K2 projector was proven in 2015 and 2016 at Moscow International Festival “Circle of Light”. During the 2016 festival, a 50,458 square-meter multi-screen image projection set the Guinness World Record for Largest Temporary Projection Mapping.

During the Olympic Games Rio 2016, more than 110 Panasonic PT-DZ21K2 projectors helped facilitate high-quality visuals throughout the Opening Ceremony. Panasonic visual systems have been closely associated with the Olympic Games and other major global events for decades.

The projection system at Dubai Festival City remains in daily use with full capabilities unleashed when events are staged within the precinct.

May 03, 2017 | Comments Off on Blooming Kinetic Sculptures Built with Wire by Casey Curran 1589
Interactive 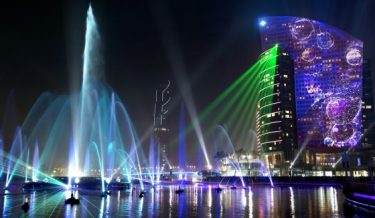 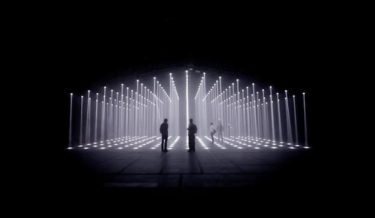