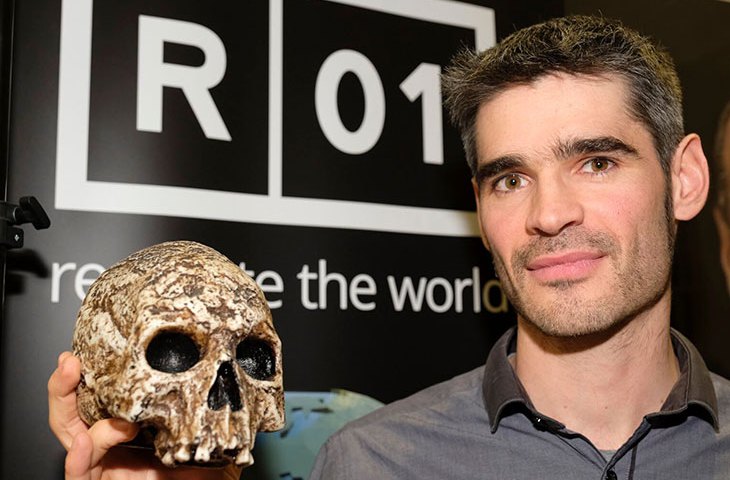 London, 18 April 2018 – Reality Zero One (R01) today announced that it has secured £285,000 investment from startup funders and private investors to enhance its new digital reality capture platform. The tech makes it easy to capture ultra-high-definition 3D versions of real-world objects for use in any virtual or augmented-reality application.

With the virtual/augmented reality market predicted to hit $215 billion dollars by 2021 and an estimated ten billion commercial and cultural objects ripe for conversion, potential demand for the tech is huge. However, the high cost and difficulty of mass 3D capture has put potential users off – until now.

Reality Zero One’s founder Rob Eastham claims that’s all set to change, saying “This last decade, we’ve seen a spectacular fall in the cost of reading a single genome. We’re about to see the same thing happen to the cost of creating digital replicas of real-world objects.

Skull – R01 Textured
by Reality Zero One
on Sketchfab

“Our platform fills a clear gap in the market for creating ultra-realistic simulated 3D objects that are ready to use in any VR or AR environment.”

Reality Zero One’s offering consists of an IoT enabled 3D capture device, software and cloud computing infrastructure for object creation, content management and publishing. The system will enable users to capture, create and publish ultra-realistic 3D objects at the push of a button without the need for further training, calibration, alignment or post-processing.

With its current investment roundabout to close, the company has already secured funding from the British Robotics Seed Fund, the Startup Funding Club, the London Co-Investment Fund and a number of strategically chosen angel investors. For a short period, the company is keeping the current round open to additional investors who are interested in this area.

The company shipped its first system to an early test partner at the end of March, and the founders say the latest funding will be used to further refine and prepare the platform for market. Eastham and co-founder Chris Dryden already see immediate applications for the platform in a broad range of markets including education, arts and heritage organizations, e-commerce, fashion and food.

Dominic Keen, founder of The British Robotics Seed Fund and CEO of Britbots was enthusiastic: “The opportunity open to Reality Zero One is huge. We are keen to see more British companies take a share of this market and under the sound management of Chris and Rob, together with their innovative platform, we see a bright future for the company.”

Raphael Fässler, Investment Manager at the Startup Funding Club, added: “We are very pleased to co-invest once again with our angel network and the London Co-Investment Fund in this exciting venture. We believe there is a great market opportunity in building a platform that allows non-experts to easily create and distribute virtual reality content.”

About Reality Zero One

Reality Zero One (R01) has built a platform that makes it easy to convert real-world objects into virtual world digital assets and experiences. Physical objects are captured and converted into ultra-realistic virtual objects which can be used for 3D, VR, AR and MR experiences. The R01 platform combines hardware, software and cloud computing infrastructure handling everything from real-world capture to virtual object creation, publishing and delivery. The company wants to put the power to digitally replicate real things that people care about into the hands of everyone.

Based in London and founded in 2017 by Rob Eastham and Chris Dryden, Reality Zero One is backed by British Robotics Seed Fund, Startup Funding Club, London Co-Investment Fund and angel investors.

For more information, go to: www.realityzero.one