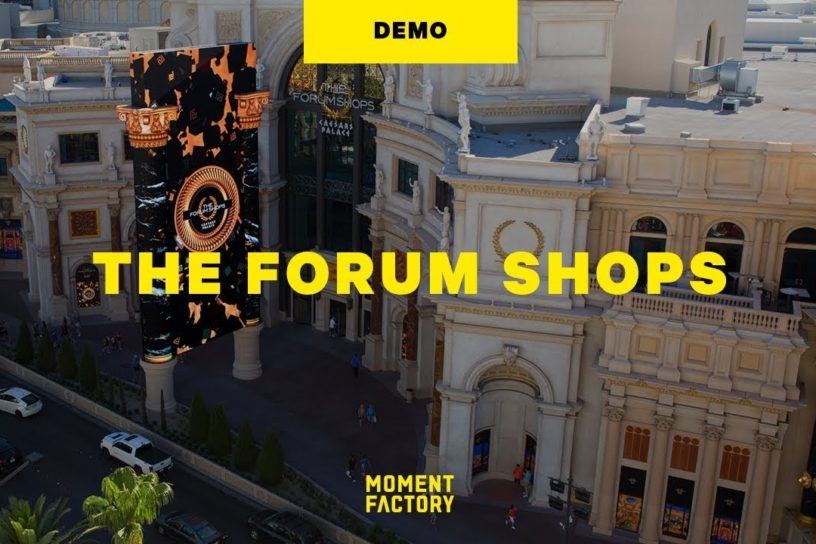 The Forum Shops at Caesars Palace, a cornerstone of the Las Vegas Strip, added a massive vertical Marquee in 2017 and the mall’s owner, Simon Property Group, Inc., approached Moment Factory to create a dynamic visual identity that would bring it to life.

Our challenge was to design content that would stand out on one of the busiest streets in the world, so we brought digital visuals to bear on classical architecture by crafting a modern twist on The Forum Shops’ own Ancient Roman aesthetics. Our team built 22 animated capsules using 3D architectural illusions to capture tourists’ attention from all angles where the Marquee can be seen.

Impactful templates were also designed to allow The Forum Shops to insert relevant marketing and event content framed in the same style and tone as the other capsules. This ensures the Marquee can display revenue-generating content that is unified with the overall visual identity.

We also developed media features on the mall’s facade and directory displays that contained the same contemporary twist on Ancient Rome. People walking the Strip witness an unexpected visual spectacle, leading many to stop and take photos of the memorable digital experience.