Prev
Next
AV Projects , Interactive | 05 Oct, 2015 | Comments Off on Someone Added VFX Lasers And Explosions To A Nature BBC Documentary And It’s The Best Damn Video I’ve Ever Seen 3276 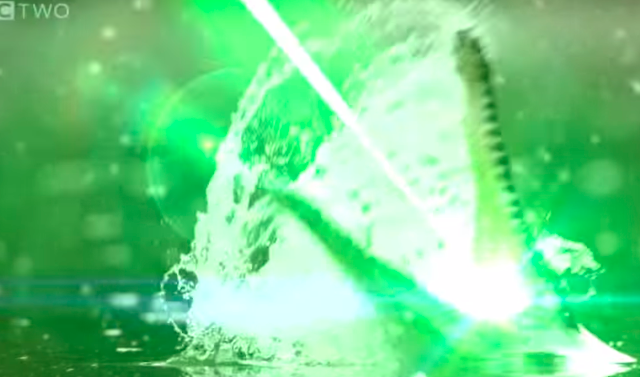 I’ve always been a sucker for a good nature documentary, but this right here is NEXT LEVEL. Someone grabbed BBC footage of ‘bats vs. Australian crocodiles’, with the bats swooping low to the water’s edge to grab insects off the surface, and occasionally the crocs eat them whole. The footage itself is awesome, but once you add the VFX this clip is suddenly in contention for the Best Action Film of Summer 2015. This clip is straight out of Star Wars, and I dig that.

Some highlights in GIF (though it’s best with the commentary in the video above):

This clip right here is what I need more of in my life. I’ve had no reason to share this information with you bros before, but when I was a little kid I was way more into the Saturday and Sunday morning nature shows than cartoons. Obviously I loved TMNT and X-Men like everyone else, but I was all about those National Geographic shows that would come on afterwards. Perhaps this infatuation was because I’ve always been a lazy ass, and slept later than anyone I know. Or perhaps I’ve just always had an affinity for animals and nature docs. Either way, I’m not getting enough BBC and National Geographic nature shows in my life these days because there just aren’t enough of them on television.

So here’s what I propose: NatGeo and the BBC hire some VFX producers to spruce up their old content, and re-release it onto the world. Kids would eat this stuff up, and people like me would be watching anyways.

Jan 04, 2016 | Comments Off on This projection-mapped Christmas tree is the Tannenbaum 1895
AV Projects 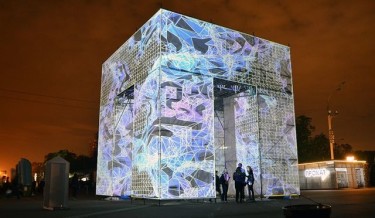