Prev
Next
AV Projects | 04 Jan, 2016 | Comments Off on This projection-mapped Christmas tree is the Tannenbaum 1867 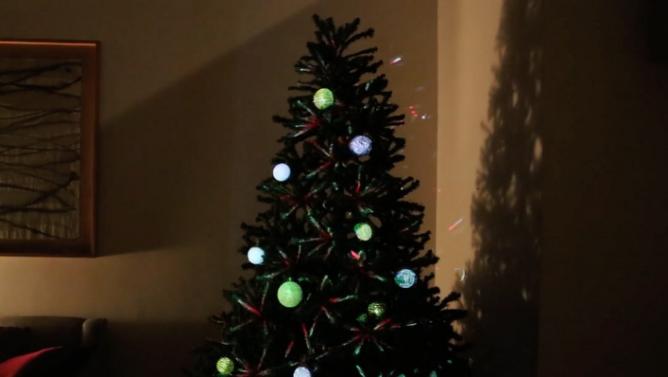 If you want to put out the bare minimum of decorating effort, you can buy pre-lit Christmas trees. They’ve already been strung with lights, and all you have to do is hang the handmade ornaments you’ve had since grade school. Or you can buy a fake fir with chintzy balls and tinsel already adorned. Brazil studio Ambos took a more high-tech approach to decking out its tree: projection mapping.

Think of the projector you have in your conference room. While it projects images on a screen, with projection mapping, that same device is used on a non-flat surface — like at Disneyland’s Haunted Mansion ride, which projects images on fake heads to make them look alive. To make its projection-mapped Christmas tree, Ambos digitally rendered a tree in 3D, created the projections on a screen, then projected the images onto an actual tree, according to Fast Co. Considering how obsessed my cat is with ornaments, I can see the appeal, but then again, he may take a projection-mapped tree as his own personal laser light show to pounce upon.

Projection mapping is often used to temporarily transform buildings, too. Earlier this year, the Sydney Opera House invited several artists to project animations on its iconic facade. It’s typically a CGI-heavy display, but Universal Everything took a different approach with hand-drawn animations.

“In contrast to previous years’ artists’ use of advanced CGI, our analog, handmade animation process reveals a human soul in the drawings,” Universal Everything Founder Matt Pyke said in a press release. “Due to the use of traditional animation techniques, this film could have existed in 1920, albeit with a 21st-century twist — bringing our influences of global pop culture, modernist graphics, and physics simulations into a playful exploration of this iconic building.” 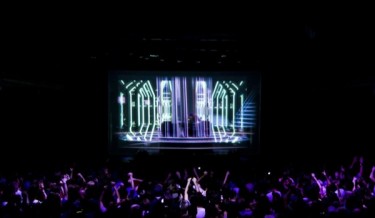 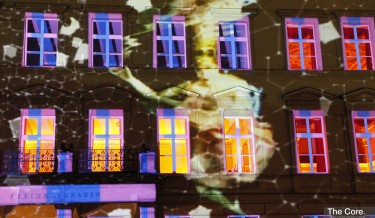 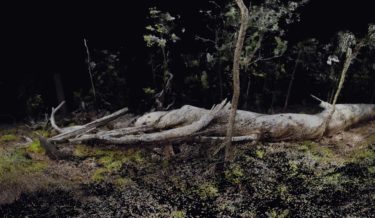