Turn Movements into Sounds at This Reality-Bending Installation

Prev
Next
AV Projects , Interactive | 29 Oct, 2015 | Comments Off on Turn Movements into Sounds at This Reality-Bending Installation 1877 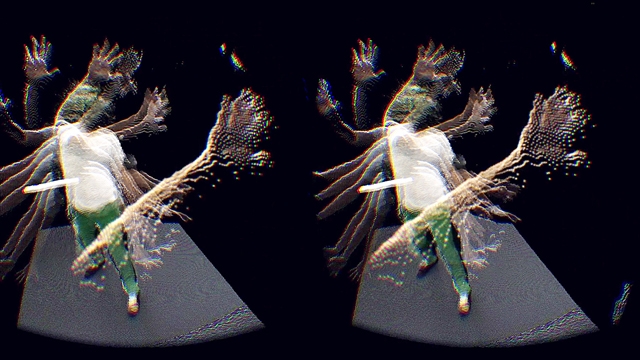 A Kinect and Oculus Rift come together to play with people’s sensations in a virtual world where “Movement becomes sound – sound becomes light – time is bending in the mirror  – and matter dissolves in a fluid stream of particles.” The piece is called Mirror and is by Berlin-based design studio Schnellebuntebilder—Sebastion Huber, Robert Pohle, and Johannes Timpernagel—with sound design by Kling Klang Klong.

The installation displaces the user in a disorientating virtual environment where their actions have audiovisual consequences, and the body becomes a tool for creating experimental sounds and images.

The group explain how it works: “This installation analyzes the movement of the user and transform sound and visuals in the very same moment. A MAXMSP-Patch is analysing the head and limb-positions and generates 3d-sound-scapes (binaural) in order to boost the immersive experience. Depending on the agility of the user the audio-visual journey is told faster or slower and is connected tightly to every movement and noise happening.”

The piece premiered at NODE Festival earlier this year and has been touring several places since. Check out some images below:

Images and GIFs via Schnellebuntebilder

Via The Creators project 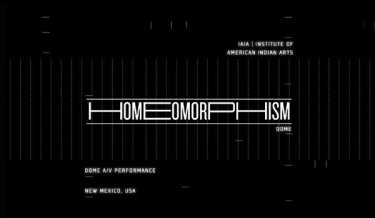 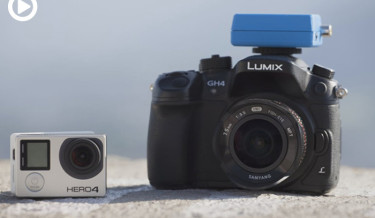 Sep 21, 2015 | Comments Off on SteadXP Aims to Stabilize All of Your Shaky DSLR and GoPro Video Footage 2096
Uncategorized 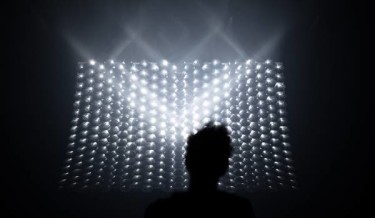