Your Painful Punch Card Job, Reimagined as a Light Show

GIFs and screencaps by the author via

In a blend of working-class angst and hypnotizing architectural projection mapping, German multimedia art crew LAB BINÆR repurposes an abandoned textile factory known as “Basilika” into an exploration of the punch card. Massive sheets of paper hang like textiles from the ceiling in the first part of the pre-programmed show, while the monotonous ker-chink! of a machine reading a punch card resounds throughout the space. During the second part, LAB BINÆR sets the cement columns supporting the building alight in mesmerizing vortex that we can only hope is meant to transport you away from banal factory living.

LAB BINÆR designed the installation, also called Basilika, in celebration of the Augsburg State Textile and Industry Museum’s fifth anniversary. The visual patterns are based on digitized textile designs produced between in the past 200 years, and the ethereal soundscape uses samples of original weaving machines combined with analog synthesizers. “The artwork tries to illustrate the schizophrenia of the industry that is still pervasive although far away for most of us,” the designers write in the video description. See what they mean in Basilika below:

See more of LAB BINÆR’s work on their website. 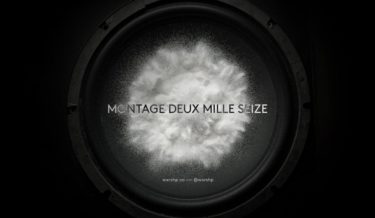 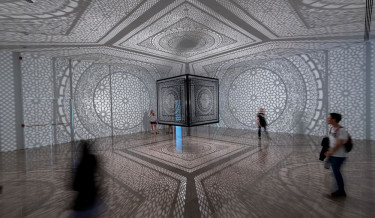 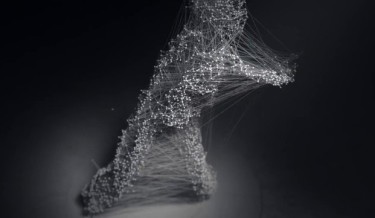