From Analog to Digital with Paul Kendall 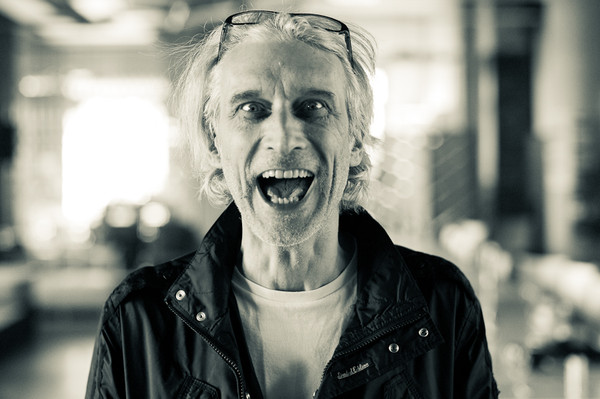 An interview with Paul Kendall, a composer, producer and visual artist.

From the past to the present, Paul Kendall has a career innovating music and sound. VDMX caught up with him to get his story and talk about his evolution into the visual frontier.

Paul Kendall is a composer, producer and visual artist, primarily known as a sound engineer, mixer, mainly through his extensive career at Mute Records and his collaborations with Alan Wilder of Recoil.

I come from a free jazz/ musique concrète beginning to a sound engineer/ mixer middle, culminating in a deafish composer/ visual artist attempting the final writes!

Between 85-97, I helped set up a series of studios for Daniel Miller’s Mute Records in London. I worked as the in-house engineer contributing in varying degrees to artists: Depeche Mode, Wire, Nick Cave, Nitzer Ebb, Barry Adamson, Renegade Soundwave etc.

Also, during my time at Mute I established a sadly short-lived label devoted to experimental electro-acoustic music, The Parallel Series.

My first musical/ hardware love was the tape recorder; around 1960 when I heard the simple slow down/ speed up possibility of an early 3 speed reel to reel, so it was sound more than music which fascinated me, but a total pipe dream as was most of the interesting technology in the 60’s and 70’s. I settled with a tenor saxophone, and making noise was finally between my lips. A brief stay at University of York allowed me to learn the Revox tape machine/ tape loops/ VCS3 synthesizer, but once again on return to London access to technology was limited. I had a job for 9 years in a bank, so I was able to fund setting up a small studio with 2 friends to learn basic band demo recording using two 2 track machines and bouncing between them.

In 1984 following the sudden death of my mother I decided to leave the bank and with a small inheritance bought the new very affordable Fostex B16 16 track analogue tape machine, Allen and Heath mixing console, a BBC Micro Computer based sequencer UMI, a Yamaha DX7 synthesizer, Drumtraks drum machine, and most importantly an 8 tap digital delay unit called Time Matrix (almost an instrument in itself, a dub persons dream) and finally a Great British Spring Reverb.

I locked myself away to learn and experiment and as good fortune happened Daniel Miller knew of my endeavors and asked me to help to set up a similar facility for the Mute artists to demo and the lesser known artists to record masters.

The studio developed over the next 20 years or so into a fully functioning 24 track facility. At the end of 1990 I became aware of a significant new development from America, the arrival of computer based digital audio. It was the moment where I fully embraced the binary world, bought a MacIIcI computer with Sound Tools/ Digidesign software for the first time enabling audio to be edited/ copied/ reversed/ EQ’d/ processed all within the digital domain. This may seem facile in the face of the acceleration of technology available today, but back then the affect was considerable.

One of the areas which benefited from digital audio and which liberated my approach was remixing. It was possible to perform lots of dub mixes on the console bouncing to DAT (previously the costs involved with analogue tape would have been prohibitive). These mixes could then be loaded into the computer and edited, this was a perfect example of performance/ dub being integrated into a final mix.

Since this period and until very recently, my work was almost exclusively based on a Mac and Pro Tools or Logic software. However due to severe hearing/ frequency loss over the last 10 years I have been unable to pursue sound work creation on computer as with many digital processes it is possible that spurious ‘noise’ could be generated, and I would be oblivious to it.

Refocusing I decided to revert to my earlier love of musique concrète so just using mechanically generated sound, springs, bits of metal etc. and using guitar pedals to process, so no computer involved. In addition to this, I started experimenting with visuals, whilst my eyes still function!

I was searching for a method to work with visuals as I worked with sound. I began using a macro lens on my camera, zooming in on small details of an object, which is an equivalent of taking an existing sound and microscopically messing with it. I looked around for suitable software which could process the visuals and add a degree of performance too. This is when I discovered VDMX. I could slow down/ speed up/ reverse/ superimpose/ manipulate/ texturalyl shift visual material exactly the way with audio, and with the addition of a Korg NanoControl I could perform dubs on the visuals, great result. This set up has served me well for a couple of years and will continue to do so. Obviously I am a novice in the visual field, which is in some ways liberating as I have never learned the ‘rules’. The adage with sound; if it sounds right it probably is right can be applied to visuals/ light, or so I maintain!

Back last May, after isolating since the beginning of March (my partner had Covid very early on) I was searching for some creative inspiration and got hold of a couple of iPad apps which process sound. I spent 3 intense days experimenting and improvising using springs and things and voice as source. These improvisation morphed through editing to a series of coherent pieces of music/ noise. An album, Boundary Macro, from these will be released on vinyl later on in the year on Downwards Records and published through a return to Mute Song. So far I have finished 3 videos to accompany the album, all made with VDMX.