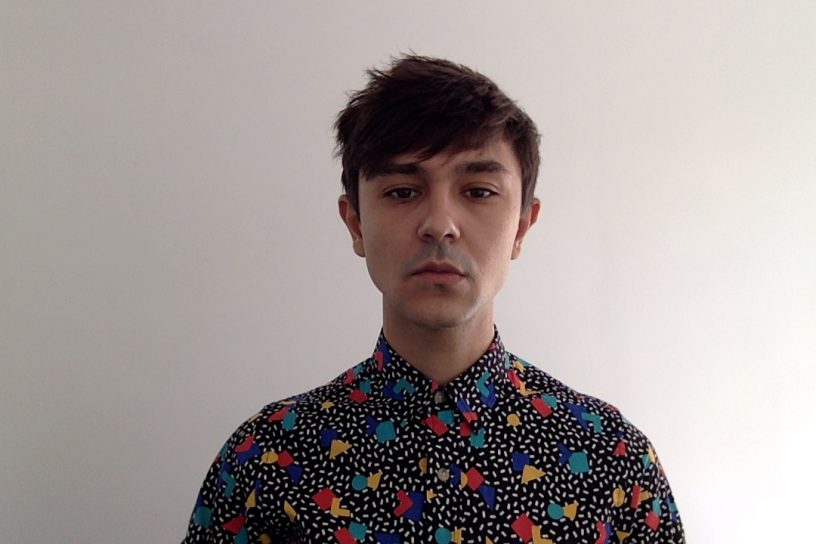 Platon Superblack: I am a graphic and motion designer, living and working in Kyiv, Ukraine.

Lumen: You started as a VJ, right? What inspired you to “give a shot” at VJing?

Platon Superblack: Since the very childhood I’ve been an “artsy” person, I did graffiti, made some digital artworks on my PC, I always loved to draw. And at some point it became clear that still imagery isn’t enough for me, I had a feeling that I’m missing something. It was if I had some lacks in expressing myself, and so I began experimenting with audio and video.

Lumen: How did you learn the basics? What software and equipment did you use?

Platon Superblack: Practice makes perfect! I had a friend who was a VJ and he proposed me to join forces and make a VJ crew, and so “Shifted” was born. I never “learned” the basics, we just came to a venue and tried to do our best. So it was just a lot of practice and experimentation. And a lot of love to what you’re doing, of course!

Lumen: Were Kiev techno venues and art galleries ready to feed and love VJs in 2007? Did things change now?

Platon Superblack: Sure! I wouldn’t be who I am now if it weren’t for the people who appreciated our work. It was a lot of fun. The feedback was also very important. And at the moment things are getting better and better, there are a lot of talented, young and creative people out there who make very cool stuff, and I’m happy to participate too.

Lumen: Why did you switch to motion design?

Platon Superblack: Actually, I never did. Motion design and VJing are the same for me, except you earn a bit more by making commercial stuff, so at some point I divided my projects into commercial works – which give me an everyday bread – and more of an art oriented works – where I can express myself in any way I want.

Lumen: What is your favorite project?

Platon Superblack: Every project is a fav. But in particular it’s my installation – Totem. It is a very special project for me. Funny thing is that all of it was created by accident. I just experimented in Cinema 4D and put those results together, thus Totem was born. Only after the visuals, the overall concept was developed. You know, the “smart” stuff. Each scene represents an abstract symbol of nature’s element such as water, or air or fire and it’s interconnection with the world created by human. Abstraction, abstraction, abstraction! But the overall aesthetics, look and feel of the piece pretty much represents what I’m doing. I love glitch, minimalism and experimentation.

Lumen: What is success in your field?

Platon Superblack: There’s a good saying: “Make sure your work get’s seen”, so views and feedback I guess.

Lumen: You call yourself a new media artist and many fashionable people do the same. Maybe that’s why it’s so difficult to define new media art. How do you describe what you do to your grandma?

Platon Superblack: I don’t. She thinks I’m a programmer. But new media art for me is a “polyphony” of multiple disciplines – design, music, video, performance, etc.

XPOM from Superblack on Vimeo.

Lumen: You’ve tried yourself in teaching of motion design within your author course. What can you say about this experience?

Platon Superblack: It was awesome! I met a lot of cool and talented people, who taught me more than I did them. The coolest thing is that when you try to teach someone, you learn by yourself in the first place. So it’s a creative synergy of some kind, and it feels really great!

Platon Superblack: My dream has already come true – I’m expressing myself, meeting a lot of cool people, travel a lot… What can be better?

Lumen: What can you recommend to our readers who want to work as motion designers? Books, online courses, insider’s hacks? Is it cool to pursue higher education?

Platon Superblack: Don’t try to learn everything at once, practice makes perfect! And it is very important to define your style, so you don’t mess with the stuff you can’t handle. I would recommend greyscalegorilla.com as a great resource to learn the basics (and much more complex stuff in the future) of motion design in Cinema 4d and Adobe After Effects. 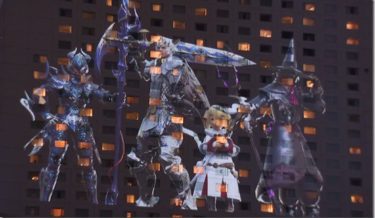 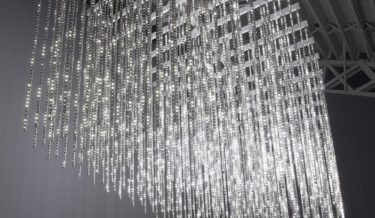