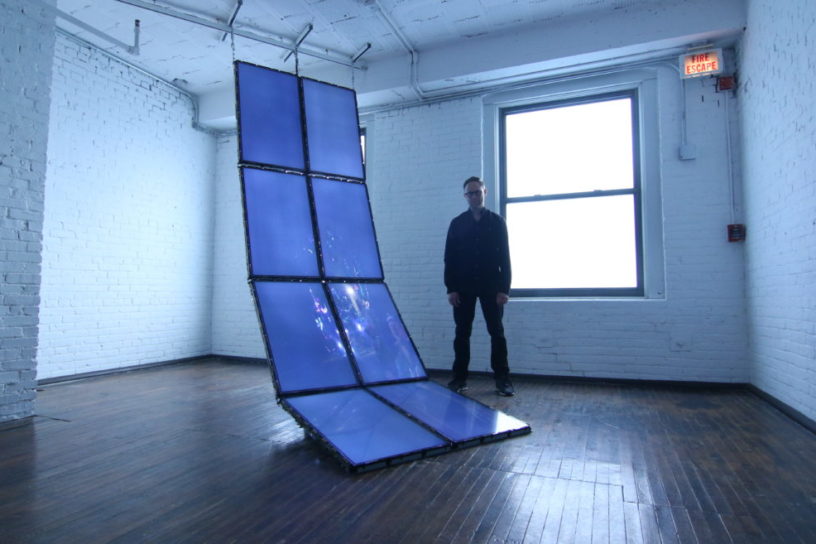 It’s a common question, “What is the best way to projection map and sync multiple projectors?”  If you have a large budget there are numerous ways; dedicated computers, media servers, bright signs, etc.  But what if a $180 box could do just that?  When the minds at Madmapper decided to make an installation companion for their software, they went with one of the most widely available computers on the planet; The Raspberry Pi.

(above Christopher Meerdo standing beside his “Active Denial System” installation at Pittsburgh’s Mattress Factory. Installed from September 30, 2016 – May 28, 2017)

In fact, one artist had the same idea, but with screens instead of projectors.  Christopher Meerdo of Chicago, IL, originally setup to sync 8 screens using the Raspberry Pi 3 platform and PiWall.

Chris, “We tested the Piwall setup back in my studio in Chicago with the Raspberry Pi 2’s.  When we arrived here, everything seemed to work great, but then after 30 minutes the video playback across the Raspberry Pi 3’s would begin to lag. It became apparent pretty quickly that we may have to ditch the Pi platform in exchange for 8 Brightsigns.”

This is when I joined Chris and Nate Lorenzo as they were testing the new bright signs configuration and hitting a few technical “speed bumps.”

Between, Nate, Chris & myself; we concluded that the latest beta version of MadMapper’s miniMAD sync was worth a try.  18 hours before the opening reception and we were configuring 8 miniMAD’s for 1080p synchronized video playback.

Unlike the bright signs that require a configured script for sync, or the code based prompt of PiWall, the Madmapper software offers an easy to learn and elegant GUI interface.  Configuring each screen as if it is a projector’s output gave us a live preview of the screen setup.  We took all 8 of Chris’ individual 1080p video files, dedicated them to a single miniMAD & monitor, connected to an ethernet switch, and simply turned them on.  The videos synced automatically and required minimal setup time.

Chris, “We were troubleshooting some remaining audio and video sync questions, but all in all, this setup and turn around time was ideal. I am very impressed by the miniMAD.”

But these are 8 aligned LCD screens, what does this have to do with Projection Mapping?

The original call came a week before the opening night.  “How to projection map and sync 10 video panels split between 6 projectors.”  At that very moment, I was testing the latest beta version of Madmapper 2.5 and reading about the new miniMAD sync script capabilities.  The moment seemed too opportune to not grab 6 miniMAD’s and give it a go.  2 Days later and Ezra Masch’s “Stations” installation was up and running, providing 6 speaker surround sound through three of the Pi’s 3.5mm audio jack and 6 projectors with a built in feature set to live adjust the mapping with a wireless usb keyboard.

Nate Lorenzo, Exhibitions Coordinator for the Mattress Factory, “It was a real life saver to work with the miniMAD. We initially looked at buying them upon their first release, but held off because we couldn’t sync them.  This latest update has us thrilled about new and future possibilities with the miniMAD.”

Ezra’s piece makes use of 10 different video recordings by strangers using their cellphones pointed out the window of the 6 train in NYC.  Walking into the installation is like walking onto a moving metro train itself.  The bass from the subwoofer and surround sound system offer a complete audio/ visual experience.  Watch the video below to see how it looks, the installation has been running since September. 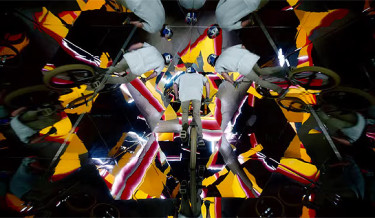 Nov 16, 2015 | Comments Off on Red Bull’s Kaleidoscope BMX Video is Unlike Anything You’ve Ever Seen 3392
AV Projects 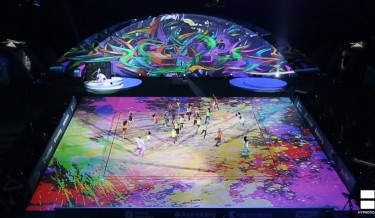