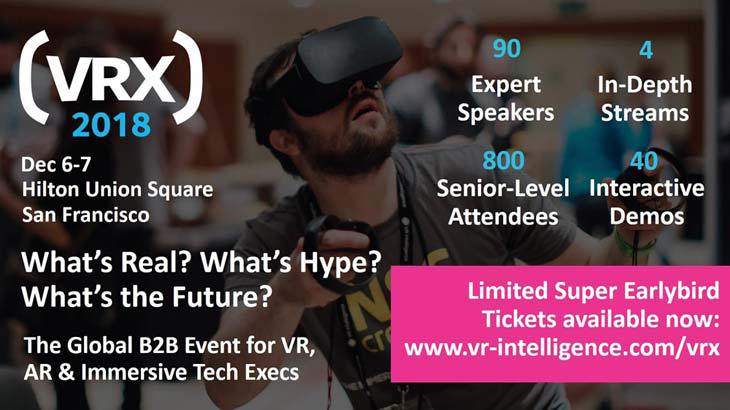 Focused on filtering through the hype around VR, AR and immersive tech, the line-up includes senior execs from Google, HTC, Microsoft, General Motors, Paramount Pictures, HP, Survios, Nestlé, DHL and others – with many more to be announced.

VRX has always prided itself on providing the highest quality content and networking, designed to connect the top minds in the industry and get to the core of the challenges and opportunities in bringing VR and AR to mass adoption. To see the first speakers announced, go to www.vr-intelligence.com/vrx

The agenda will cover both consumer and enterprise VR, including gaming, film, TV, AEC, automotive, manufacturing, retail, healthcare and beyond; with the underlying aim to go beyond the hype of XR to understand where the industry stands and what’s needed to move it forward.

Alongside the conference, the expo will feature the likes of Diamond Sponsors HP plus Siemens, Zerolight, Almalence and over 40 other leading immersive tech companies showcasing the latest tech and content solutions to provide real business value.

In addition to the main agenda, this year will also see greater opportunities for start-ups, with 1-day startup passes offering a full-day track on investments, scaling and building towards success.

VRX lead organizer, Pete Carkeek, says, “In the four years we’ve been running the VRX event, XR has moved forward tremendously. But at the same time, the hype around immersive tech has been crazy, with massive expectations and predictions often clouding what’s really happening.”

He adds, “In order to be clear on where the real challenges and opportunities lie, we need to be clear on what’s real and what’s hype. So, alongside our key industry partners and the world’s leading experts, we’ll be aiming to filter through the noise and really push XR closer to its full potential.”

Early rate tickets are still available at www.vr-intelligence.com/vrx, and there are still some opportunities available for sponsors and exhibitors to get involved.

About VRX and VR Intelligence

The VRX event series launched in 2015 and focuses on strategic business and tech opportunities as virtual reality takes hold in gaming, consumer entertainment and enterprise. It is specifically designed as a high-level networking environment for senior-level decision makers to connect and do business.

VR Intelligence is the world’s leading network of senior level decision makers in VR, AR and immersive tech, brought together at the annual VRX events in San Francisco (December) and VRX Europe (May). The company’s year-round dialog with the industry’s biggest tech innovators and forward-thinking strategists, allows for the production of market leading events, insights from industry thought leaders and game-changing business connections. 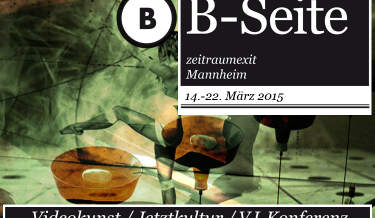 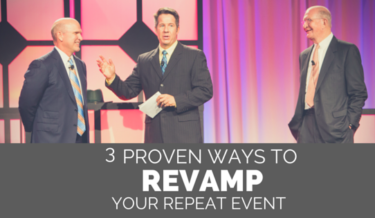 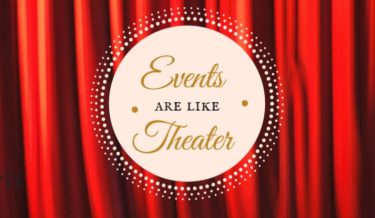